Popular crime buster and head of the police Intelligence Response Team (IRT), DCP Abba Kyari, has responded to the now trending news that he asked the suspects to indict Senate President Bukola Saraki in their statements.

Speaking through his Facebook page, he said he is not surprised at what the suspect said adding that it is one of their modules operandi. He further cited how popular kidnapper, Evans, also tried to deny his confessional statements in court. 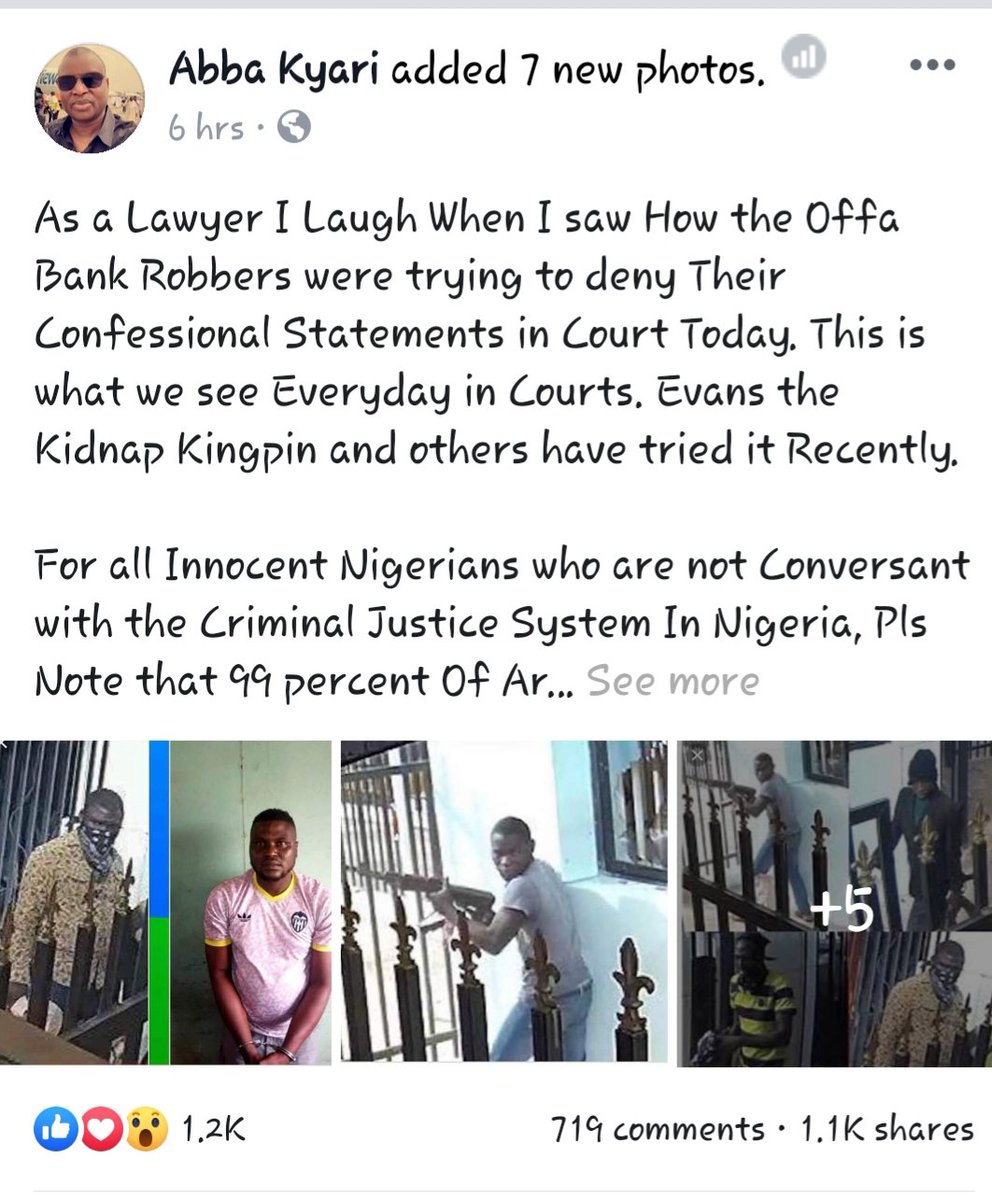