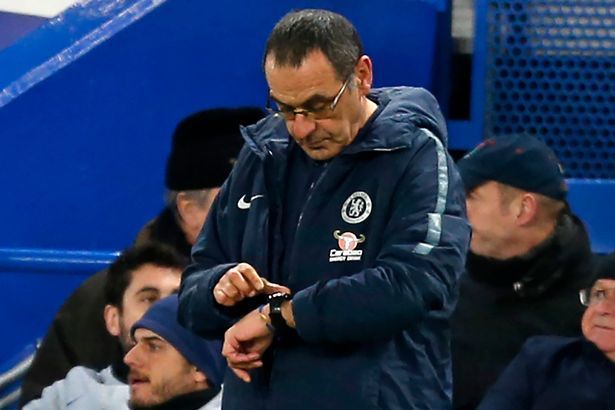 Chelsea paid the price for some disappointing finishing as they were beaten 2-0 by Everton at Goodison Park as the pressure builds on Maurizio Sarri’s top four finish in the current season.

The Blues now sit in 6th position having failed to collect maximum points in their last two domestic league fixture.

As a result, the Blues faithful have taken to their Twitter handle to call out their manager, Maurizio Sarri, following the loss.

Sarri is not good enough for Chelseafc

thought the performances since the 0-6 to City had shown fight and motivation but Sarri's reverted back to the same boring, lifeless team who lost 0-4 to Bournemouth. it's almost like he's reminded us how poor we can be.

and yes, the players are to blame, but he's picking them.