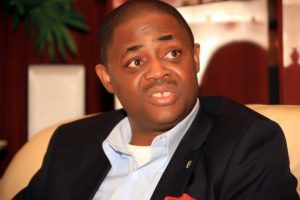 Former Minister of aviation and a Peoples Democratic Party chieftain, Femi Fani Kayode, has taken to his Twitter handle to bemoan how his close ally and confidant are dumping the opposition Party(PDP).

In his tweet, he listed Musiliu Obanikoro, Iyiola Omisore, Gbenga Daniel and Jimi Agbaje as his associates who have left PDP. Except for Gbenga Daniels, all other three have joined the ruling All Progressive Congress(APC).

Gbenga Daniels is expected to make a decision on his next political Party soon having revealed that his supporters are mounting pressure on him to join APC.