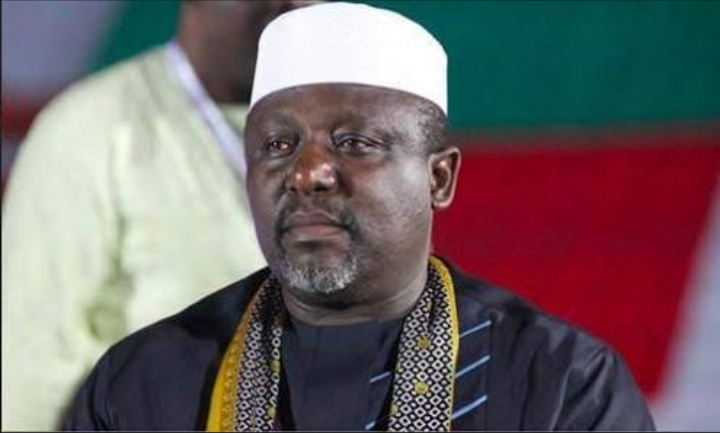 The Independent National Electoral Commission(INEC) has revealed that it would not issue the certificate of return to Governor of Imo state, Rochas Okorocha, who contested and was declared the winner of Imo West Senatorial district.

The Commission shared that the Returning Officer for the state said he made the declaration in favour of Rochas while being held under duress.

This has sparked reactions from Nigerians as they have taken to their Twitter handle to fire heavy shots at him.

While Imo people did well to vote out Rochas, Abians were busy as spectators. Enjoy the next four years of slumber.

@realRochas
Oga Rochas, how did it go, you have seen how Imolite treated you because you are greedy, Imo is not your personal property, learn your lesson now, your popularity is of no effect again, and you will soon become obsolete. IMOLITE thank you.

See the jubilation in imo state, so Rochas is that bad?