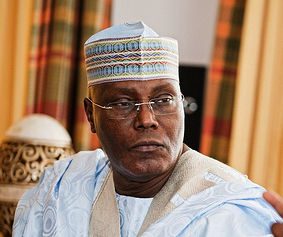 Atiku Abubakar, the presidential candidate of the Peoples Democratic Party, PDP has threatened to go to court, to contest the outcome of the February 23rd, elections.

Atiku,who has described the outcome of the presidential election as the worst in the history of the country, gave some reasons why he believes his mandate was stolen by the incumbent president.

According to Atiku, one of his main reasons being the high turnout of voters in states ravaged by insecurity. Atiku queried why election winner, President Muhammadu Buhari will score high votes in states like Yobe and Borno, were security challenge is the order of the day, than in states like Lagos and Kano, which enjoy relative peace. 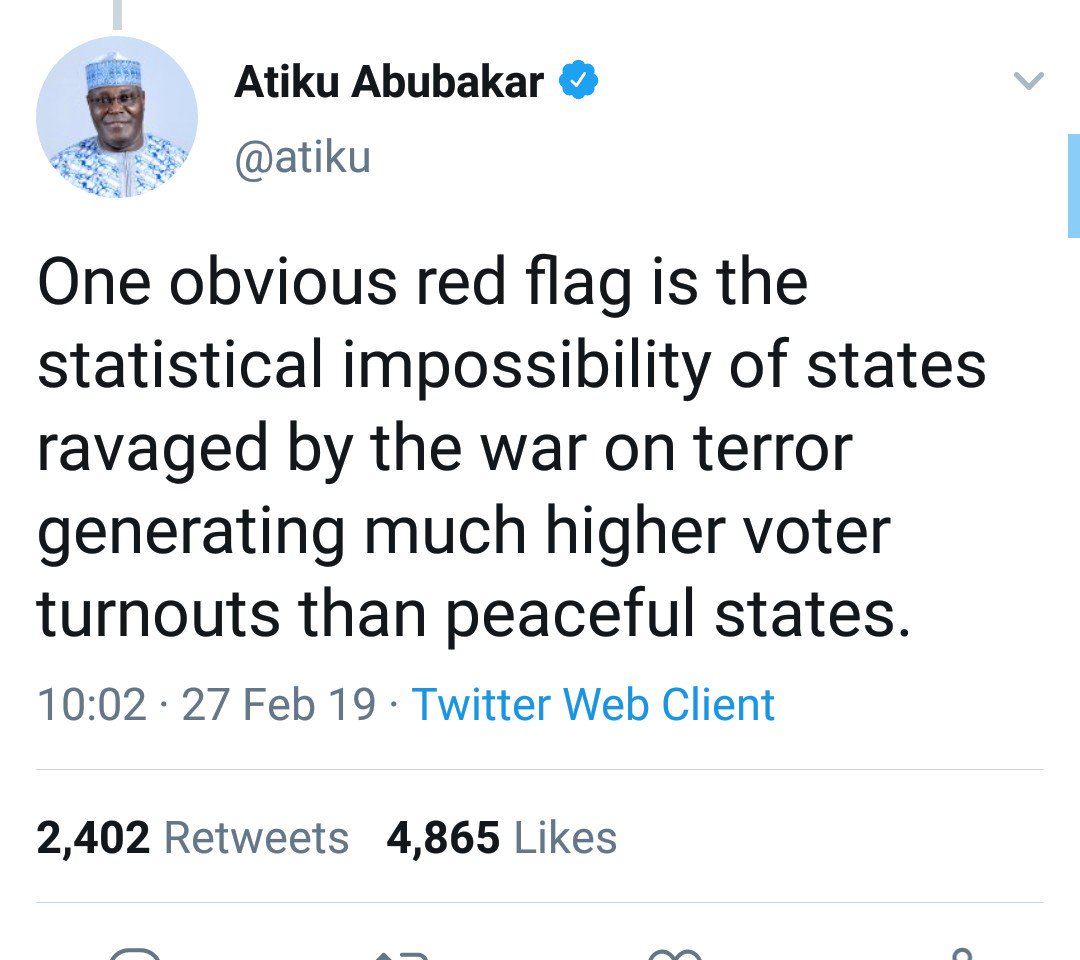 Meanwhile, prior to the election, the former vice president had taken to Twitter on February 6th, to thank Borno people for coming out an masse for his campaign in his state, despite security challenge.

Thank you Borno State. Despite the security challenges, you came out to support PDP. On February 16, a vote for PDP is a vote for a more effective strategy against Boko Haram and better life for all residents of Borno State. Come out, vote and protect your vote. #PDPBornoRally pic.twitter.com/5k22m36byb

Nigerians are wondering, why Atiku thinks Borno people can beat security challenges to attend campaign rallies but can’t do so, to vote on election day.