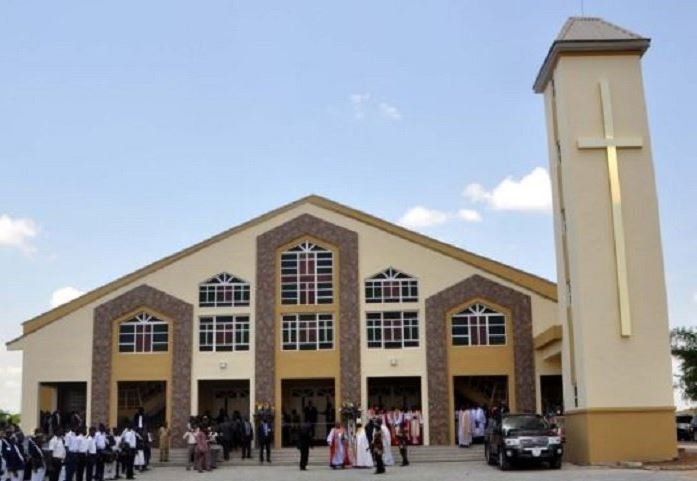 A pastor in Delta state has had his church locked down indefinitely after performing “spiritual cleansing” in the community.

The pastor of First Baptist Church, Orogun in Ughelli North local government area of Delta State, sparked the anger of the Orogun Traditional Council after sweeping the entire community alongside his members.

Rev Tode Joseph Godspower, after organising a crusade led Church members to “sweep” out evil from the community.

The traditional ruler Okpara-Uku, (HRM) Akpojotor Epko,  in a letter on April 15, 2019, invited the pastor to discuss important things that would lead to the community’s progress.

Pastor Godspower also the chairman of the Christian Association of Nigeria, CAN, Orogun branch, was reportedly assaulted by some people at the palace for “insulting the gods” of land.

A chief from the kingdom, Chief Immanuel Ogobene speaking on the matter said: “There was no confrontation or assaulted, he was just warned on his action.”

“He (pastor) went to the palace with some selected members of his church and was asked why he did what he did, but was tongue-tied and couldn’t say anything to defend his action and was warned not to open the church until further notice.

“The council will meet and they will deliberate on the shutdown of the church as soon as possible. You have no right to go to a community and start casting away their idols; he does not have that authority

“Even if God has revealed something to him, the best thing to do is for him to go to the Okpara-Uku who is the head of the community and tell him. Then the Okpara-Uku will consult his council, deliberate on it before he is permitted to do so or not, but what he did was trespass of activities.”