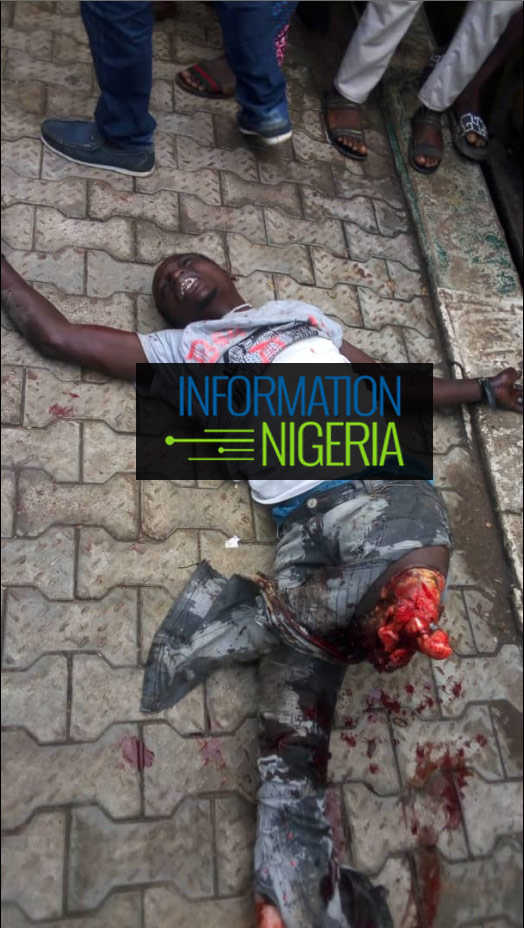 A young man has had his two legs sliced off by a moving train at Ikeja after he jumped off from atop it on Monday morning.

The unidentified man was trying to escape from taskforce men of the Nigerian Railway Corporation(NRC) who arrest men who climb the top of train or board without a ticket.

Unfortunately for the man, he tried to jump off the train before it stops at Ikeja station — Where the task force officers were — When he fell under the train and his both legs chopped off.

The incident happened around 8:30 am on the train moving from Ijoko in Ogun state to Apapa, Lagos.