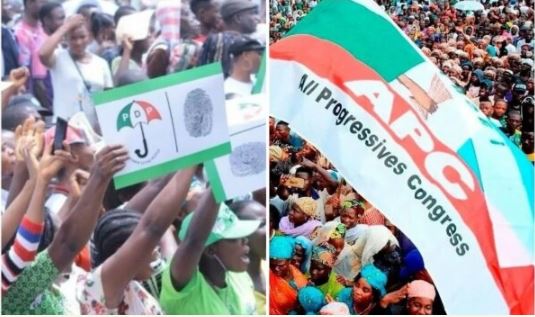 Nigerians have taken to their Twitter handle to celebrate that the incumbent Governor of Zamfara, Senator Abdul Aziz Yari, won’t be going back to the Senate after the Supreme court held that the Party did not conduct primary in the state and as such declared all the Political Parties with the second highest votes in the elections the winners.

Abdul Azeez Yari, the incumbent Governor had won election into the Senate in the last poll and was only waiting for May 29th to be sworn in before the Supreme Court judgement sacked all the APC candidates who won in the state.

Just yesterday Yari thinks he will be senator next month, his boys as senators too and also install a crony as a governor, boom today all is gone.

What a Friday,Zamfara APC has been dismissed,yari and his minions can take their uselessness elsewhere,its time to bring back peace to our land in sha Allah!!

Well, at least Yari won’t be a Senator. Look at the positives! https://t.co/w7yynDXC3x

APC shot itself in the foot. At least, that useless Zamfara Gov, Yari or what is his name, wont be a Senator. Good riddance. https://t.co/5VqrCLqGDs