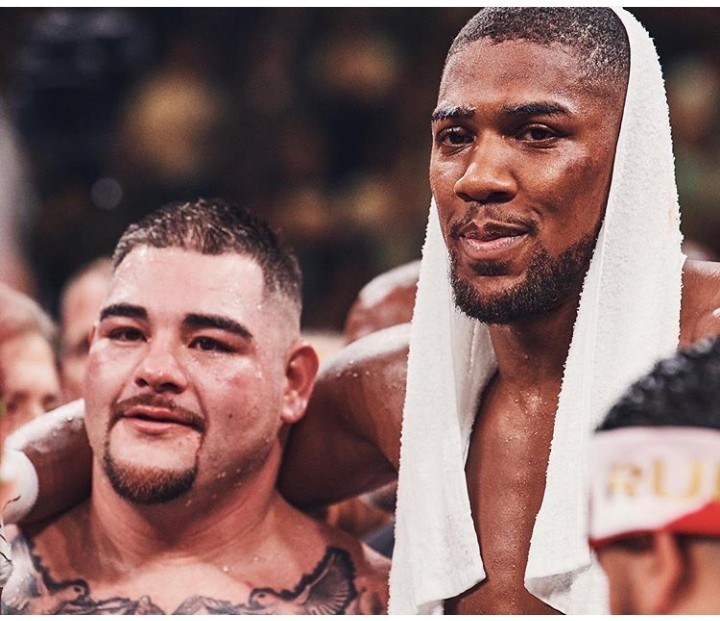 The world was shocked yesterday when boxing champion Anthony Joshua lost his belt to Andy Ruiz Jr who has now be been crowned world champion.

A new report has confirmed that Andy Ruiz Jr who won that fight will be paid just £5million while Anthony Joshua on his part gets £20million.

Social media users since the fight have taken to different platforms to air their thoughts about it with most dragging Joshua and calling him all sorts of names for losing to Andy Ruiz Jr.