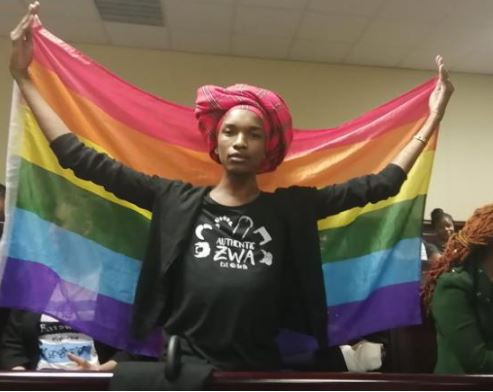 A new report has it that Botswana’s High Court has overturned a colonial-era law criminalizing consensual gay sex.

This is coming barely a month after Kenya’s high court upheld its laws criminalizing homosexuality.

Section 164 of Botswana’s Penal Code says it is an offence to have “carnal knowledge of any person against the order of nature,” and such offence carries a seven-year jail term.

Section 167 made “acts of gross indecency” carries up to two years in prison.

Letsweletse Motshidiemang, a 21-year-old student at the University of Botswana, brought the case to court in March and argued that society had changed and gays are np

Despite homophobic attitudes still prevailing in some parts of the country, Botswana’s LGBTQ activists and supporters have snagged some wins in recent years with the 2010 Employment Act making it illegal for employers to terminate contracts based on sexual orientation.

Also in October and December 2017, a  foundation was laid for trans people to easily change their official gender on identity documents…