Liverpool football club has been crowned champion of the 2018/2019 UEFA Champions League after defeating Tottenham in an all English final. 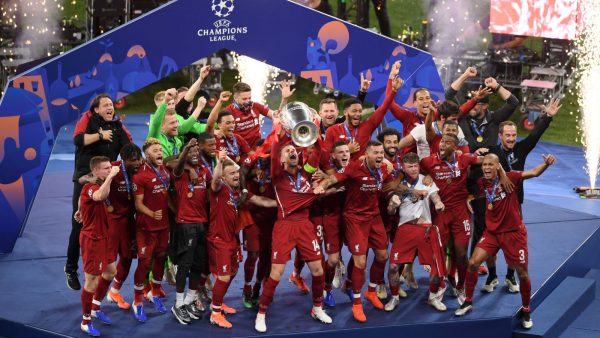 In what was billed to be an entertaining game of football, Liverpool scored early in the first half and late on in the second half to seal the victory.

Also Read: ‘I can overlook your rudeness, but not your lies’ – Toke Makinwa comes for Sandra Edoho again

Liverpool, playing in the final for the second consecutive season, started on a bright note when Sadio Mane won a penalty within 30 seconds of kick-off, that Salah converted.

Tottenham piled on the pressure afterwards but the attack lacked urgency and the scoreline remained 1-0 until the 87th minute when Divock Origi scored to seal the victory for the Merseyside team.