Home Lifestyle What Nigerians Are Saying After MC Oluomo And Son Were Spotted With...
Facebook
Twitter
WhatsApp 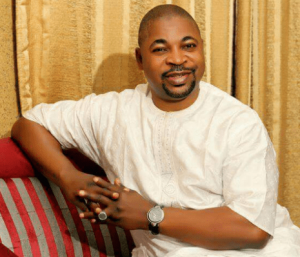 Following the now-viral news that one of the members of the National Union Of Road Transport Worker(NURTW), Musiliu Akinsanya who is more known as “MC Oluomo was spotted with the governor of Atlanta, USA, Nigerians have taken to their Twitter handle to react.

Nigerians while reacting to the news have expressed mixed reactions with some querying if he is planning to open a branch of NURTW in the state.

Some lauded him for giving his son the best education money can buy and not making him follow his own line of business.

Check out What Nigerians are saying below:

Every parent's prayer should be May our Children be greater than us, you may also add, be better than us in every sphere. Really pleased MC Oluomo is not grooming his Children to replace him as Generals in the NURTW. Giving them the best education ever. Congratulations! pic.twitter.com/Y0Qo9H2kTB

Take note of MCs Son….You are looking at the next Lagos state Governor in a maybe 10 years time ….. continue to comment on the sidelines.

How do we explain to the Governor of Georgia that the man next to his wife is MC OLUOMO no 1 agbero in Nigeria. pic.twitter.com/WfziUNUk0C