Benin Republic caused an upset in the ongoing Africa Cup of nations as the underdog defeated title contenders, Morocco in a penalty shoot-out on Friday to progress to the quarter-final.

The West Africans progress to the quarter-final is, however, significant because they have not recorded any victory in the tournament. 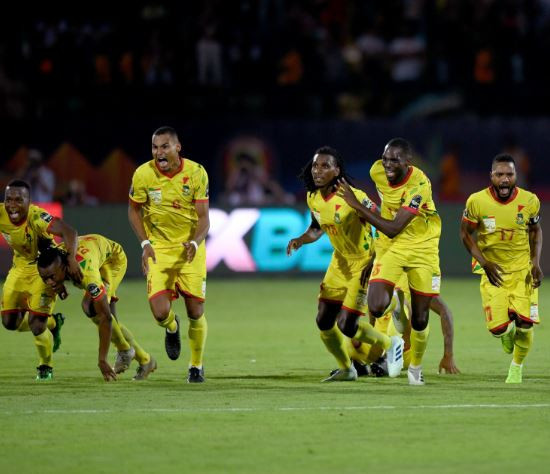 Benin qualified for the round of 16 on the back of 3 straight draws in the group stage holding continent big boys, Cameroon and Ghana.

Moise Adilehou forced home at a corner early in the second half to put Benin on course for a shock wi, but Youssef En-Nesyri equalised for Morocco before Ajax star Ziyech blew the chance to snatch victory by striking the post from the spot in the 96th minute.

Also Read: [WATCH VIDEO] Okey Bakassi Reacts To A Video Of A Woman Cooking Her Butt To Undergo Butt Enlargement

Beninese forced to play most of extra time a man down after Khaled Adenon received a second yellow card for dissent, but they prevailed 4-1 in the shootout following misses by Sofiane Boufal and El-Nesyri to set up a clash with Senegal or Uganda on July 10 for a spot in the semi-finals.

With this, Benin has now played a total of 13 games in the history of the African Cup of Nations without winning a single game.