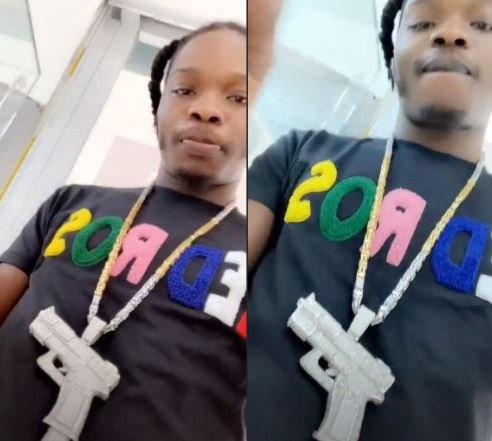 Rapper Naira Marley has again caused a stir on social media after he took to his page to share a photo of himself rocking a pistol neckpiece.

This is coming just weeks after he was released on bail from EFCC Custody after his arrest for internet fraud-related crimes.

The Issagoal crooner was arrested alongside rapper Zlatan Ibile and others.

Zlatan gained freedom barely 3 days after he was arrested.