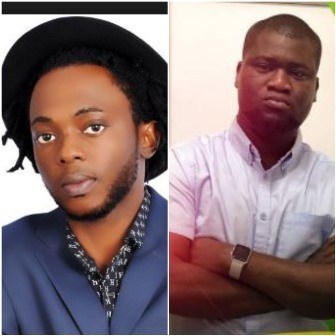 Following singer Waconzy’s social media outrage that Azeez Makinde, owner of a music site, Naijaloaded, has been pirating music sang by artists, the latter has fired a response to the former.

ALSO READ: Buhari Reacts To Criticisms He Has Faced Since He Assumed Office

Makinde said, “I understand your frustration but if you don’t resist from the nonsense you are putting up, I will post all the conversations we have had from way back begging us to promote you,

“You are frustrated and broke, it’s fine, Instead of doing this poo just beg and I won’t charge you for any uploads.

“Never Knew you were this childish.” 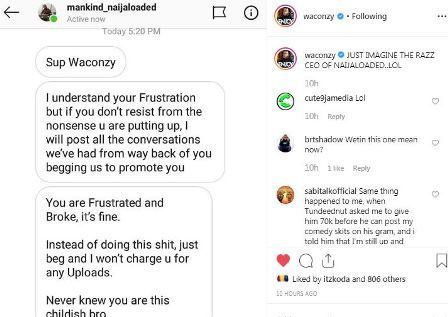