Former Senator representing Kaduna Central, Shehu Sani has called out Northern leaders over their alleged swiftness in condemning the Islamic Movement of Nigeria (ISN) popularly referred to as Shiite.

The Shiite group was proscribed as a terrorist group after their bloody clash with the Nigeria police in Abuja.

Recall that the group, penultimate week protested the release of their leader, Ibraheem Elzakzaky. The protest, it was gathered, led to the death of a Channels TV reporter.

protest for the release of their leader of the group, El-Zakzaky led to the death of a police officer and corp member.

This proscription has earned the group condemnation from different quarters of the country. Reacting to this, Shehu Sani described Northern leaders as hypocrites for their swift condemnation of the group. 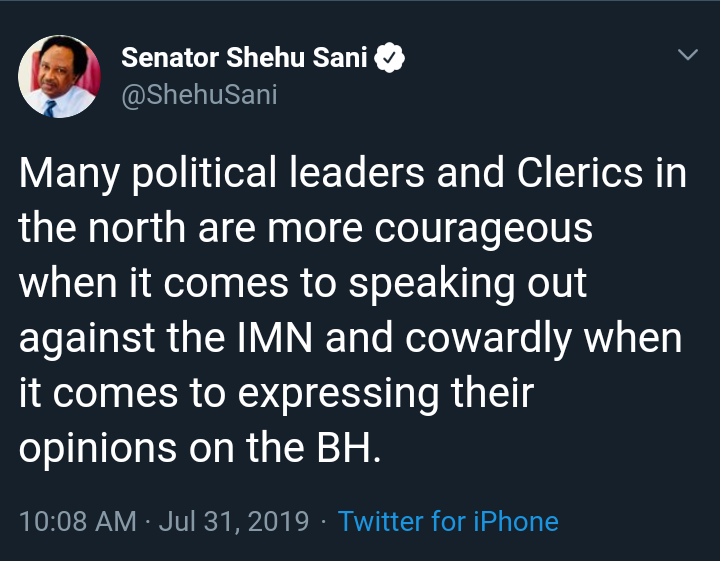