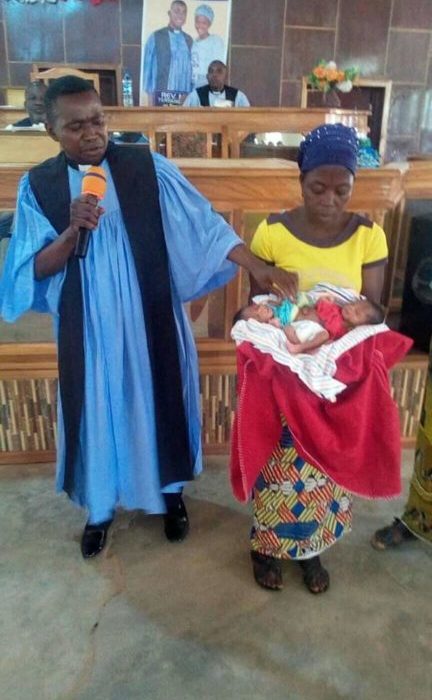 A woman has made headlines after it was revealed that she had been delivered of conjoined twins in Genyi Yandev, Gboko Local Government, Benue State.

Reports have it that the twins are joined from the waist down, and have between them two heads, two legs and four hands.

ALSO READ: Terrified Woman Spotted Dancing, Singing Praises To God While Using Escalator For The First Time (Video)
The woman attends the church of Rev pastor Teryange Nyaghve, N.k.S.T, who in turn introduced her to his congregation, asking that people render help in any way they can.
See more photos of the woman and her kids below; 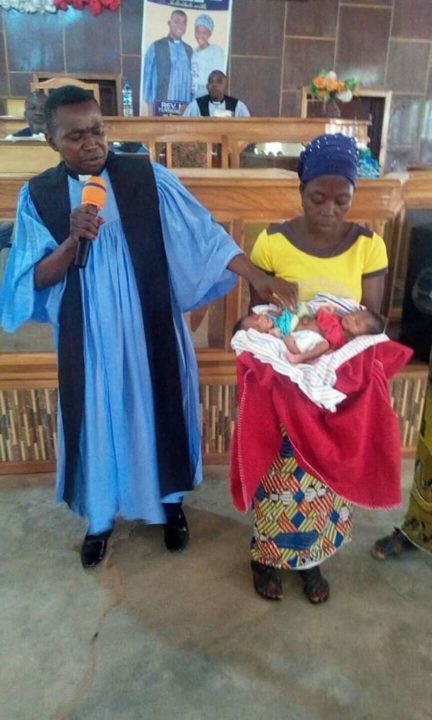 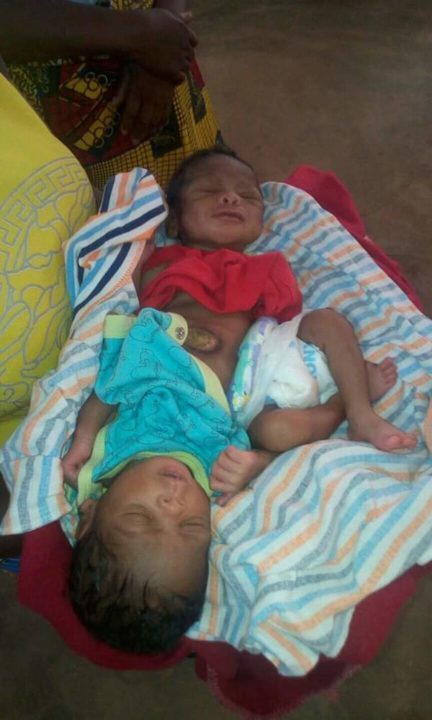 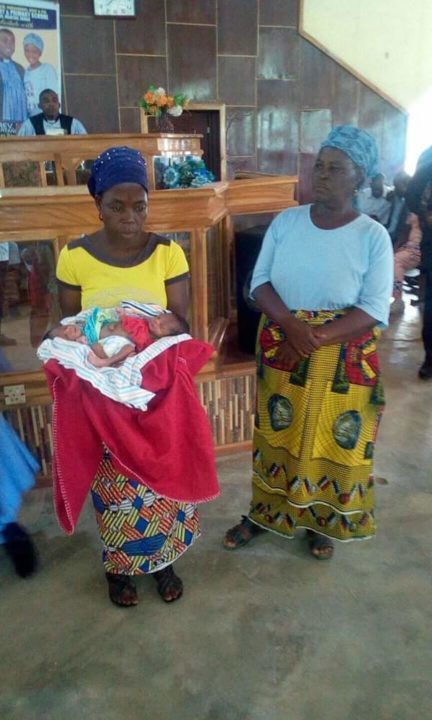