Two male friends from Pakistan have decided to go public by sharing the same girlfriend.

In the picture uploaded, the two friends were seen kissing the same girl, saying it was an agreement from the three parties.

In the tweet shared, one of the guys said they both love the same girl and don’t fight about it because that’s what friendship is all about. His tweet reads;

“My best friend and I love the same girl, we don’t fight, we come to an agreement because that’s what friendship is all about.” 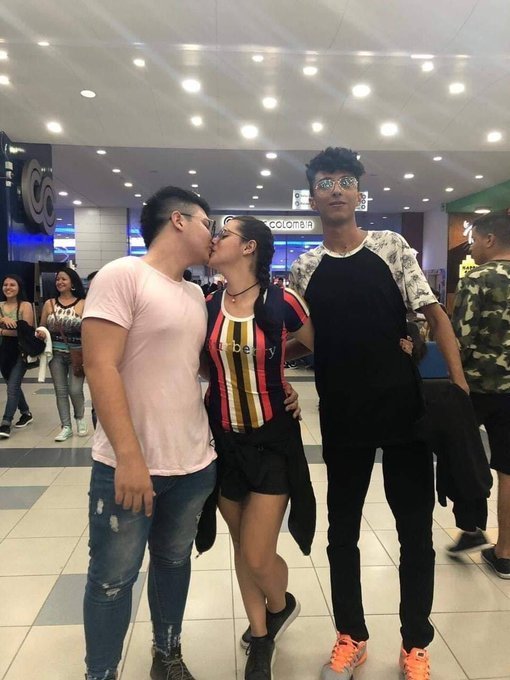 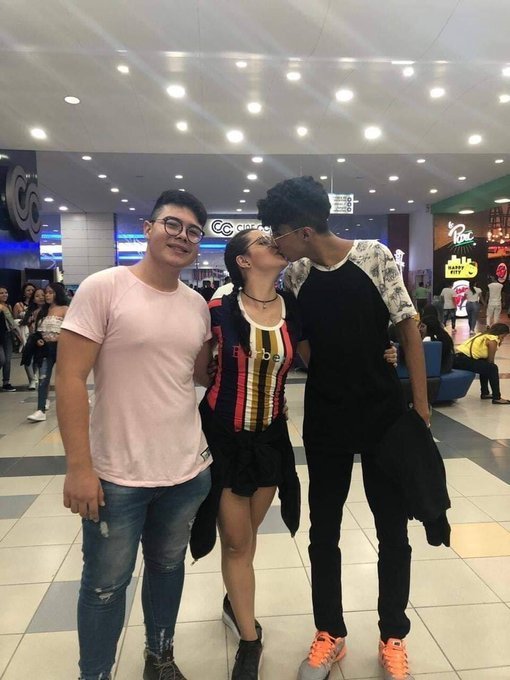 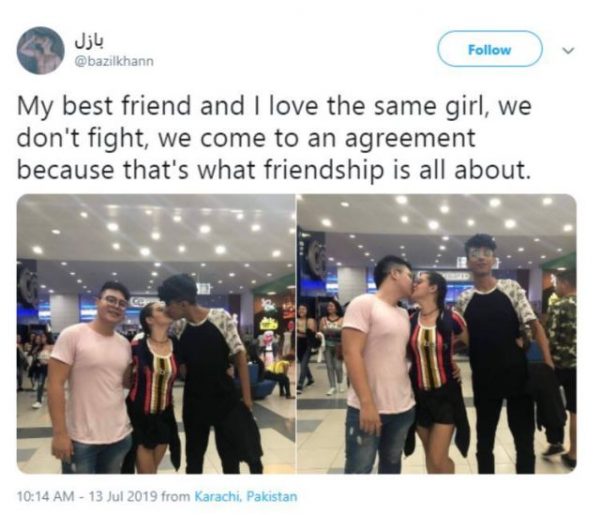