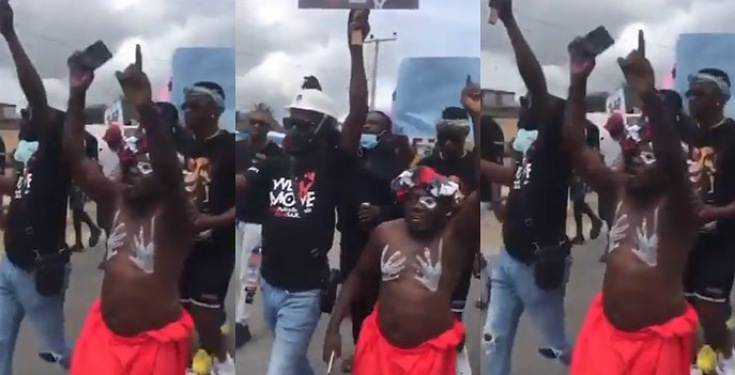 As the calls for police reform and an end to extra-judicial killings intensifies across Nigeria, an interesting video has surfaced online from the #EndSWAT protest in Delta state. 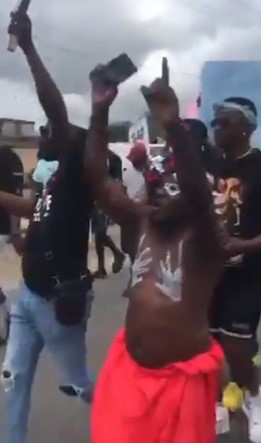 In the video, protesters were seen marching in Warri and calling for the disbandment of the newly formed Special Weapons And Tactics, SWAT, a replacement of the dissolved Special Anti-Robbery Squad, SARS unit of the Nigeria police force. 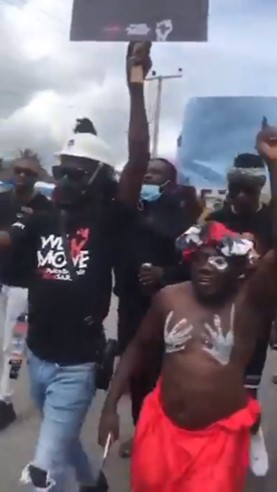 A scene from the protest that caught the attention of social media users, is a man reported to be a native doctor, standing in front of the proceeding line and chanting a prayer for the end of SWAT.