End SARS protesters in Benin, Edo State, are currently trending online after it was reported that they blocked a highway to cook Sunday lunch as they gathered for another day of protests.

Protests against the activities of disbanded SARS took a new dimension in Benin City as the demonstrators in their thousands converted part of the road under the pedestrian bridge by the University of Benin Main Gate into a kitchen as they cooked and ate jollof rice turning the protest into the carnival-like affair.

The protesters made a fire with firewood and placed a large pot on it. Other protesters who weren’t cooking carried on with the protest. Some stayed on the overhead bridge, waiting for the food to get done. 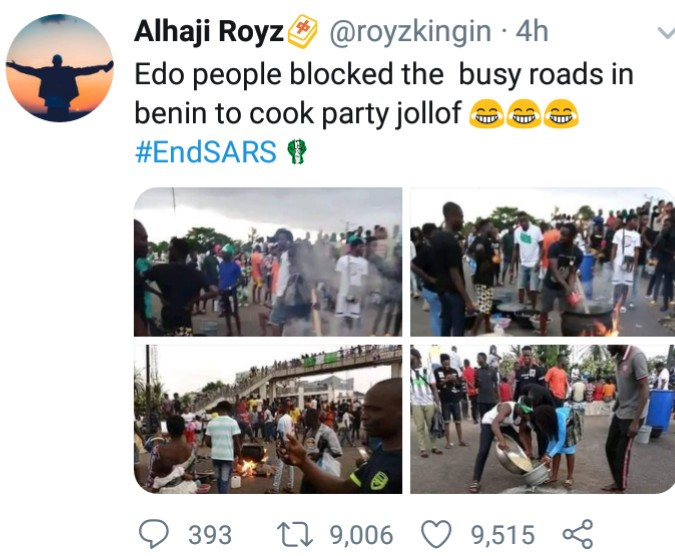 Below are photos from the scene: 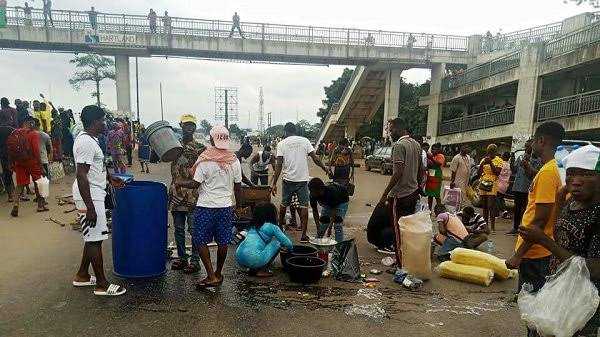 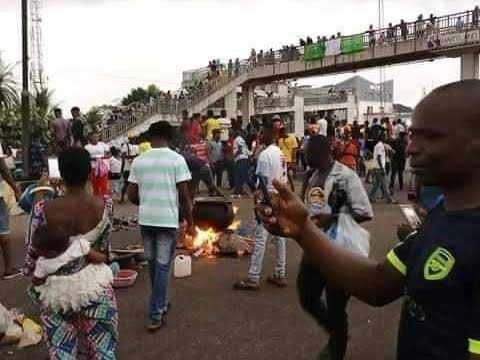 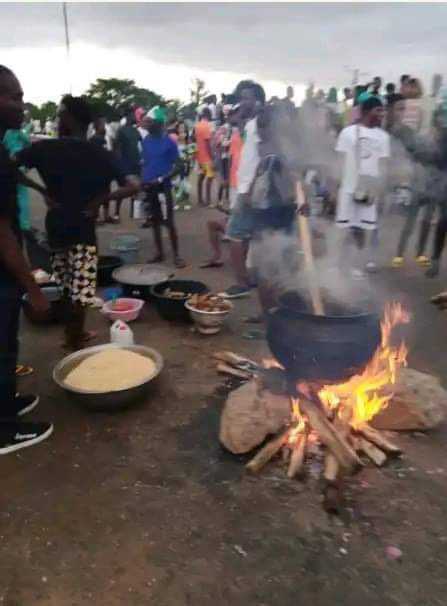 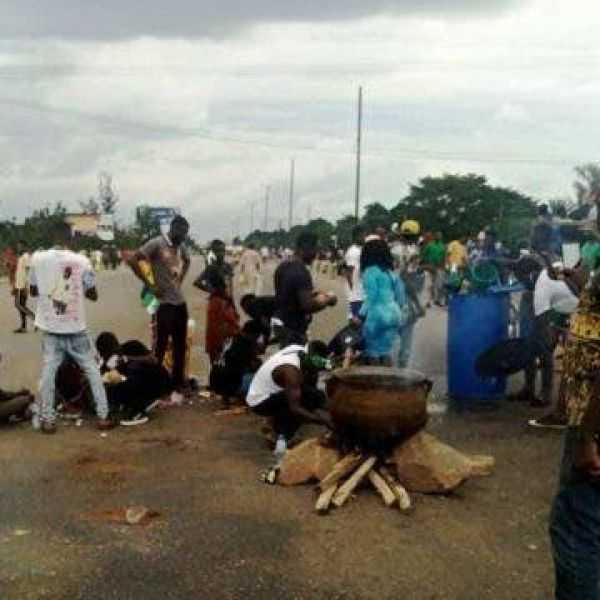