Nigerian actress, Adesua Etomi has defended her husband, singer and politician, Banky W, from people saying he is a politician and is trying to use a divide and conquer strategy on the youths. 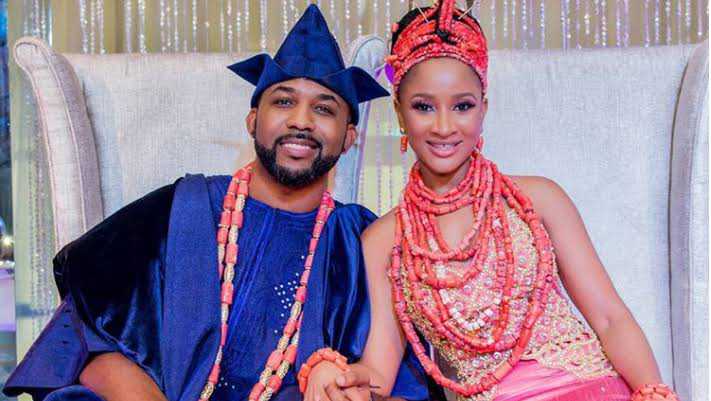 This is coming after a twitter user advised #EndSARS protesters to resist Banky W, as he has been sent to use divide and conquer strategy on the youths.

Adesua then jumped in, saying she will and cannot allow his name to be dragged in the mud, as he has marched, given food out in protests, cleaned the streets and more.

He contested under a party that wasn’t known. Used his own income. Gave up endorsements to run. There are people that are good that will try to run for office and they should do it without being afraid that they will be targeted because they tried to run to make the system better\

We are here to fight for Nigeria and EVERYONE that wants the good of this nation should be allowed to fight for it. Trying to divide people and use someone as a scapegoat because you don’t like a suggestion is WRONG. The government is the problem, not Banky.

He hasn’t been sent to divide. He isn’t working with any government and I will and cannot wait back and allow his name to be dragged in the mud. He has marched, given food out in protests, cleaned the streets and done it anonymously for the most part. 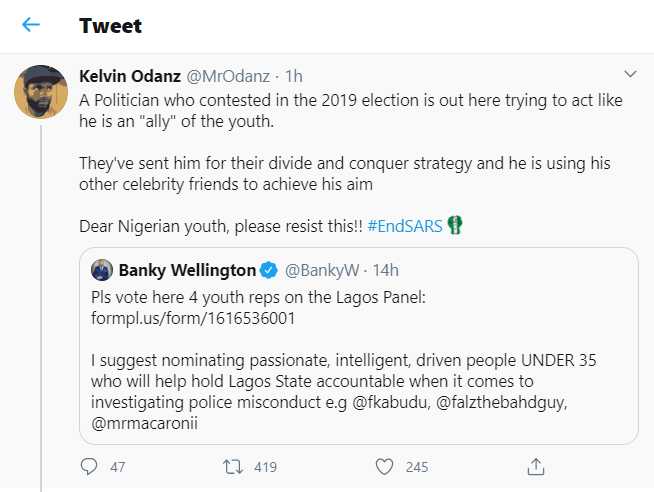 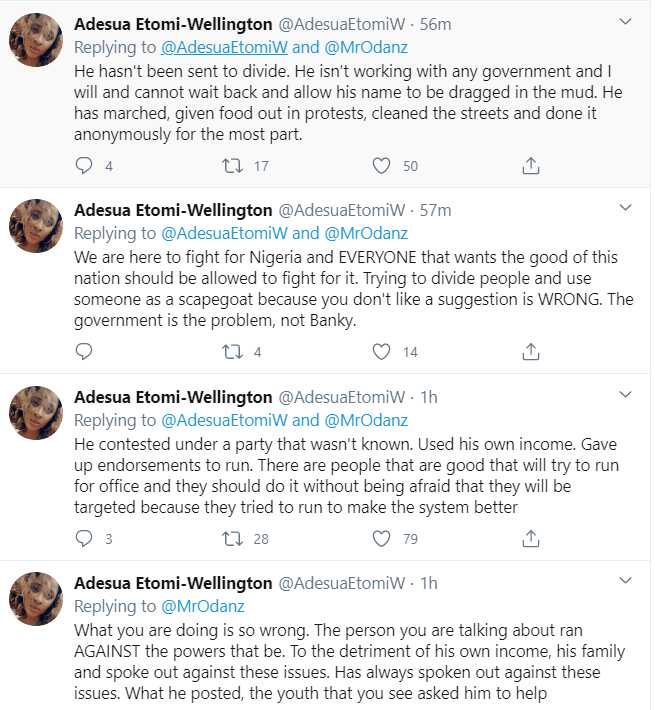