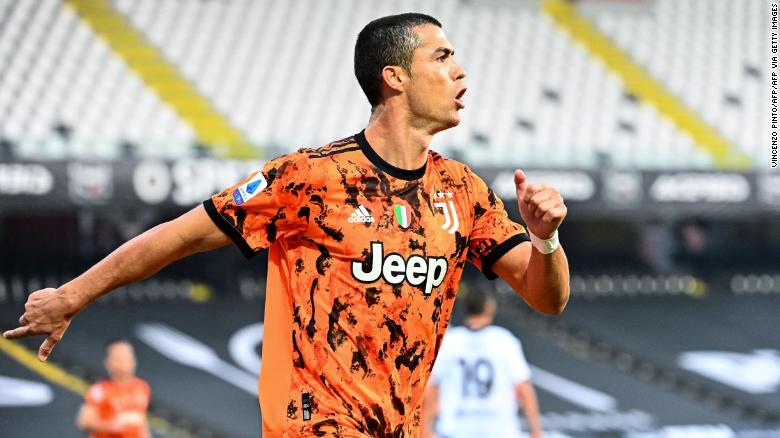 Portuguese forward, Cristiano Ronaldo has returned to the pitch in style for the first time since contracting Covid-19 as he inspired Juventus to a 4-1 win over Spezia on Sunday.

Ronaldo came on as a second-half substitute with the score level at 1-1 but turned the game around by scoring two goals in the space of 20 minutes.

His first goal came just three minutes after being introduced to the game when he smartly rounded goalkeeper Ivan Provedel and slotted into an empty net.

His second, a Panenka penalty, was even more stylish. The 35-year-old lined up as if he was going to hit his spot-kick hard but instead delicately chipped the ball down the center of the goal.

Alvaro Morata and Adrien Rabiot scored Juve’s other goals after Tommaso Pobega had opened the scoring for Spezia.

Ronaldo first tested positive for Covid-19 on October 13 whilst on international duty with Portugal and flew back to Turin on a private air ambulance.

After he began self-isolating with his family at home, he missed one game for his country and four Juventus fixtures.

There had been hopes he would be fit to return against Barcelona in the Champions League on Wednesday but the 35-year-old tested positive ahead of the match.

It meant fans were denied a renewal of his rivalry with Lionel Messi, who scored in Ronaldo’s absence as Juventus looked toothless without its star player.

On Friday, Juventus confirmed Ronaldo had recovered from the virus and had returned a negative test.

While in isolation, he had posted multiple videos on his social media accounts showing himself working out and keeping fit from home.