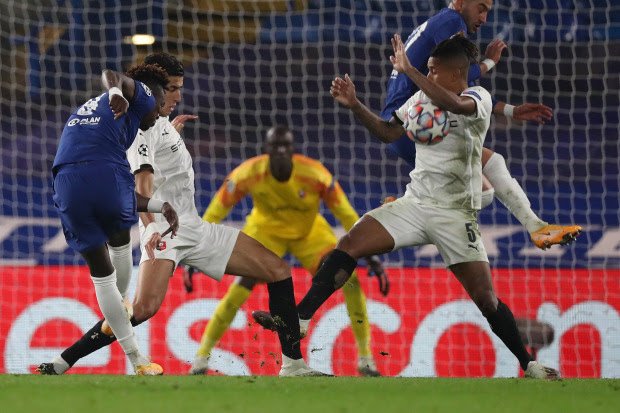 In a letter to Infantino, UEFA chief Aleksander Ceferin asked that football’s lawmakers adjust the handball rule, which has been in place since March last year, so that referees can once again judge whether there is intent when a player handles the ball.

“The attempt to strictly define the cases where handling the ball is an offence has resulted in many unfair decisions which have been met with growing frustration and discomfort by the football community,” said Ceferin’s letter, which was sent on October 27.

The news of the letter comes a day after the latest controversial spot-kick award, which put Chelsea two goals ahead in their 3-0 Champions League win over Rennes on Wednesday.

Rennes defender Dalbert, who had already given away the first penalty which had put Chelsea ahead, was sent off for a second booking following a VAR review when a Tammy Abraham shot bounced off his foot onto his arm.

The decision, and Timo Werner’s cool finish from the spot, effectively killed off the Ligue 1 side’s chances of getting a result at Stamford Bridge in their first ever season in the Champions League.

Rennes president Nicolas Holveck was livid after the defeat in London, calling referee Felix Zwayer “the man of the match”.

“I would like someone to clearly explain to me the rules for handballs in the box … the score went to 2-0 without Alfred (Gomis, the Rennes goalkeeper) having to make a save.”

It was one of many penalty decisions which have angered players and managers and which Ceferin in his letter suggested was against the “spirit of the game”.

Ceferin wrote to Infantino as it is the FIFA-controlled International Football Association Board which decides on the game’s laws.

FIFA has half of the eight IFAB votes, with the others belonging to the FA’s of England, Scotland, Wales and Northern Ireland.