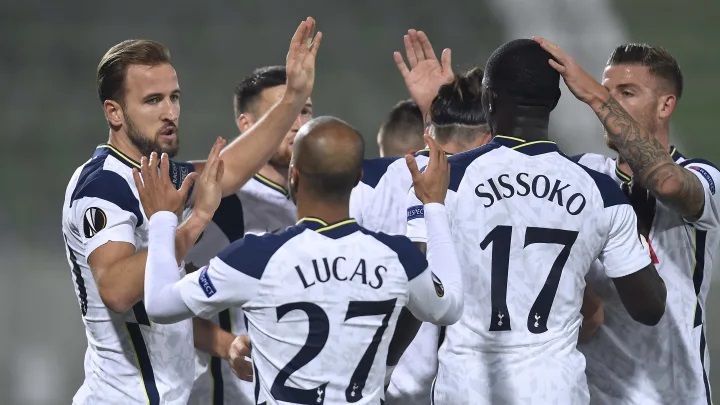 England international Harry Kane has set a new record for himself after he scored his 200th Tottenham goal as Spurs eased to a 3-1 victory over Ludogorets in the Europa League last night.

Spurs took control of proceedings with Kane nodding home his 200th goal from Lucas Moura’s corner in the 13 minutes.

The visiting team added a second goal after the England captain turned provider made a pass for Lucas at the back post.

In second half, Ludogorets had their chance with Claudiu Keseru grabbing a goal with help from a fortunate deflection.