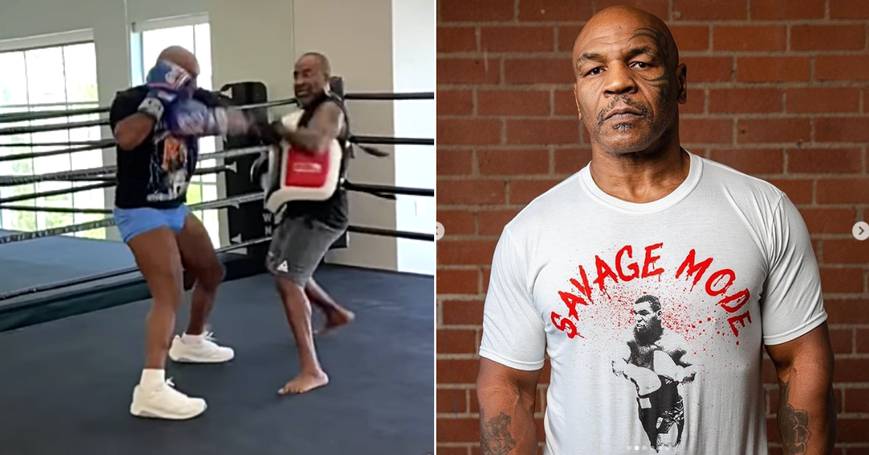 Rafael Cordeiro, trainer to legendary boxer, Mike Tyson has shared a new video of the heavyweight during a training session where he showed off insane speed.

“Don’t blink,” warns Cordeiro in the caption on Instagram, suggesting that Tyson will be going for an early KO against Roy Jones Jr in their 28 November bout.

In the new video, Tyson is seen bobbing forward on the offensive, throwing explosive hooks with both hands to body and pads.