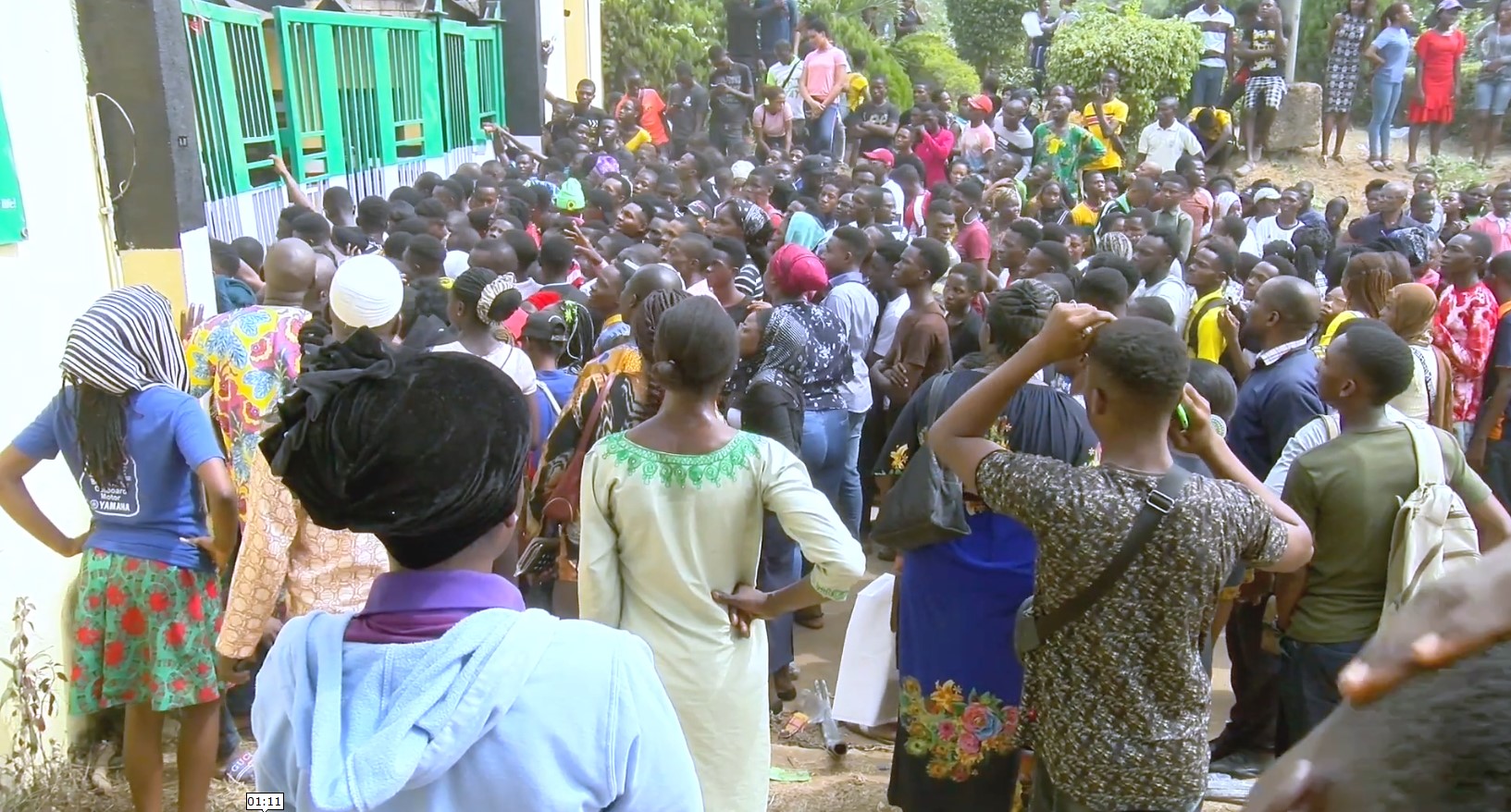 “The crowd is too much and most of the centers are not observing the Covid-19 guidelines, we need a longer period to achieve the registration of NIN and SIM because of the pandemic”, a male applicant, Kenneth Wagap Dayil, laments over the mandatory registration of the Nation Identification Number, NIN in Lagos enrolment centres.

The Nigerian Communication Commission (NCC) had directed all telecommunications operators to deactivate all Subscriber Identification Modules (SIM) cards that are not duly linked with the valid National Identification Numbers, causing panic among millions of people in the country.

The directive was issued after the Minister of Communications and Digital Economy, Isa Ali Ibrahim Pantami convened an urgent meeting of key stakeholders in the Communications industry on December 15, 2020.

This came a week after the government had put a stop to the sale, registration, and activation of any SIM cards as part of its audit of the country’s subscriber registration database.

With a population of 200 million, Nigeria has an estimate of over 198 million active mobile lines. Only 41.5 million Nigerians have registered for identity cards as of May 2020.

The move, Information Nigeria gathered, is a way to clamp on the rising levels of insecurity which include terrorism. Basically, a registered SIM card will be easy to trace by security agents.

The move, if effected, will see millions of mobile lines blocked.

The Federal Road Safety Corps (FRSC) has also announced a new directive requiring a National Identification Number for citizens to get their driver’s license.

According to the commission, all driver’s license applicants are to present their NIN from 21 December 2020, before they can be attended to, adding that there would be no waiver for anyone.

But this directive raises a number of questions. How will millions of subscribers update their NIN before the deadline?

Following the directive given by the government, a number of Mobile subscribers flocked to the nearest National Identity Management Commission (NIMC) offices to get enrolled. The situation raised eyebrows as some people expressed their displeasure on social media over the time allotted for the process. 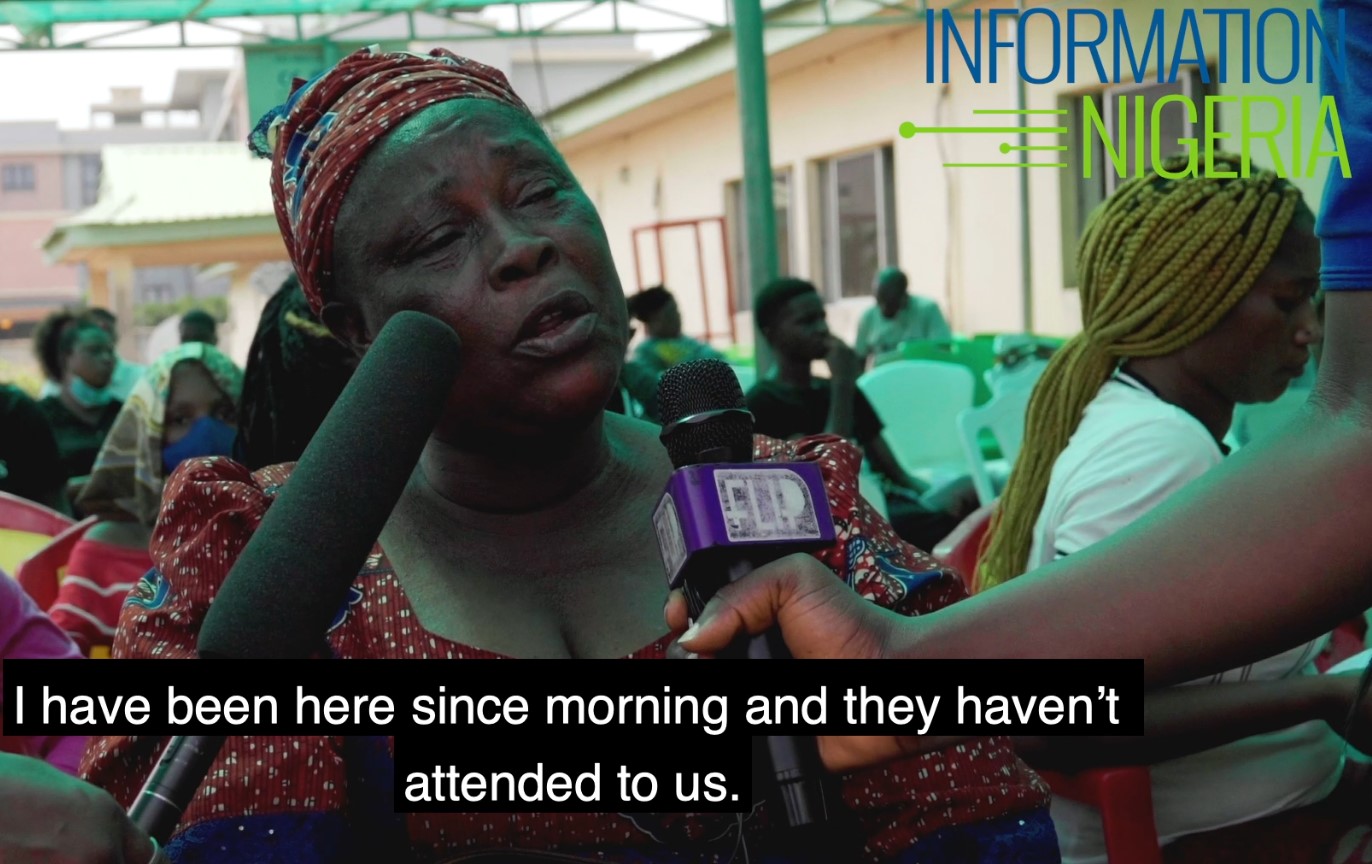 The Nigerian government is saddled with a duty to ensure the citizens are protected at all times, but this NIN policy and deadline speak otherwise, especially at a period the country is battling the second wave of coronavirus.

It is unclear if the Nigerian government is more interested in having its citizens get registered for NIN or protect them from Covid-19.

In December 2020, there was a multitude of people at the NIMC office and this became a cause for concern due to the exponential growth in the number of COVID-19 cases. Pictures circulating on social media showed tightly-packed people at the office of the NIMC in Alausa, Lagos, and Port-Harcourt, Rivers state.

Information Nigeria observed that the crowds at the locations flouted the COVID-19 protocols by not observing the social distancing and using their face masks. For this reason, the National Identity Management Commission (NIMC) closed down its center in Lagos state. The government is inept to manage these situations as it seems COVID-19 cases are likely to rise.

When asked if the government was encouraging the spread of COVID-19 through SIM card registration, interviewees gave affirmative responses. Most shared their sentiments on the sheer callousness of the authorities for putting citizens’ lives at risk.

Agboola Olawale Oladunsi stated that the federal government is facilitating the spread of the virus out of ignorance.

“The federal government is behind the spread of COVID 19 due to ignorance. They should be responsible for the increase in the number of cases in the country.

“Other countries are looking for ways to contain the spread of  the virus but the Nigerian Government is forcing citizens to register for NIN, despite the pandemic, and they are not even prepared for the second wave.”

Sandra Nwanne also condemned the government over their latest directive amid the ravaging pandemic.

“The government is curbing the virus and at the same time fueling and encouraging the spread. Clueless and visionless government.

“This is just another mindless decision they choose to take at a very delicate time like this,” she said.

Ebere Oforjimba advised that the exercise be done online to avoid the mammoth crowd.

“Please let this exercise be done online from our phones and laptops. What is the sense in bringing thousands of people together in one place amid the pandemic?” she responded.

Sunny Bright Ogbonna asked if it possible for a platform to be created so that lives can be made easy.

In his words; “Why can’t the government create a platform where one can register easy and simple instead of this punishment?”

Eseoghene London mentioned that even if the government gives people one year to complete the process, it would not be possible due to the fact that they are ill-prepared.

“If they give one year to do that they can’t finish all because their working material is very very poor. The telecommunications operators will be the ones to suffer if all the numbers are blocked. People need to fend for themselves so they cannot spend their entire day at the center.”

Prince Taiwo Adeji suggested the process should be discontinued.

Adeji said; “I will suggest the process should be halted but if that is not possible then the individuals-in-charge need to be assisted by employing more hands. This will go a long way in ensuring that the COVID-19 is contained.”

The Federal Government’s latest move to make sure that every Nigerian acquires a National Identification Number (NIN) has piqued the interest of people. The government explained that the NIN is compulsory because it basically binds every recorded information about an individual such as demographic data, fingerprints, head-to-shoulder facial picture, other bio-metric data, and digital signature, thus, any one can easily be identified when he or she engages in transactions. In clear terms, the national ID number serves as a tracking device.

Millions of registered mobile users do not have the national ID number. However, they have other means of identification such as Bank verification number (BVN), drivers’ license, and international passport. Many had hoped that they would not have to go through the stress of obtaining the national ID number since one had been generated for them with their Bank Verification Number (BVN).

The federal government had their hopes shattered after invalidating SIM integration using BVN generated NIN as they insisted that applicants must visit NIMC offices for complete registration. The agency explained that national ID number generated by the BVN can only be used after it has been updated at the NIMC enrollment center. Hence, the process is unavoidable.

Nigeria has confirmed over 108, 943 at the time of filing this report. Major cities affected by the outbreak are Lagos, Abuja, Plateau, Rivers, and Kaduna. Some hospitals are having a hard time accommodating critically ill patients coupled with the fact that there is shortage of oxygen gas cylinders. The death toll in the country is over 1,435.