There is a massive jubilation on social media as popular Nollywood actress and content creator, Funke Akindele has reached a resounding milestone as a celebrity. 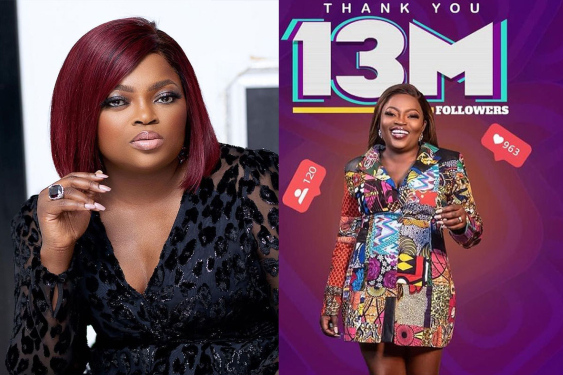 Funke Akindele is currently on cloud nine as she has hit 13 million followers on photo and video sharing app, Instagram, making her the highest followed Nollywood actress on the platform.

This proves that she is very loved by movie lovers as her popular television series ‘Jenifa’s Diary’ is one of the most watched series in Africa.

Taking to her Instagram page to celebrate this incredible feat, Funke Akindele

expressed her heartfelt appreciation to her fans for their love and support and described them as the best.
Sharing a customized image of herself the mother of two wrote: