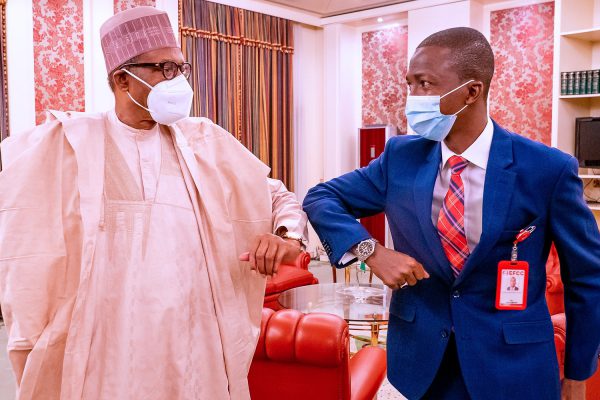 The Peoples Democratic Party Governors Forum (PDP-GF) has expressed dissatisfaction over the action of the Economic and Financial Crimes Commission (EFCC) to investigate the party.

A member of the opposition party, Kassim Afegbua in April petitioned the EFCC and the Independent Corrupt Practices and Other Related Offences Commission (ICPC) over the alleged misappropriation of the party’s funds.

According to the petition, Afegbua asked that the PDP leadership account for N10 billion allegedly realised from the sale of forms in the 2019 general election.

This made the anti-graft agency to invite PDP officials for questioning.

Meanwhile, the PDP through its party’s public secretary in a news conference in Abuja denied the allegation and stated that the PDP generated N4.6 billion, and raised a budget for its expenditure in line with all known financial regulations.

Reacting to the development on Saturday by the forum’s director-general, C.I.D. Maduabum said it was up to date in the submission of its annual financial reports to the Independent National Electoral Commission (INEC) as required by the constitution.

Maduabum said the PDP governors are not aware of any complaints by INEC to the EFCC on the party’s returns, adding that the recent invitation of PDP officials by the EFCC raised some concerns on the impartiality of the anti-graft agency.

“Even the petition in question did not make a single allegation of misuse of government funds, nor cheating of any individual or public authority by the PDP,” NAN quoted him as saying.

“It is, therefore, surprising that EFCC should use its scarce human and other resources to begin an investigation into PDP finances.

“If EFCC is even-handed and non-partisan, it should also conduct an investigation into other political parties including the ruling party.”

Maduabum said PDP is accountable to its members and the public.

He advised the new leadership of the EFCC to learn from the mistakes of its predecessors.