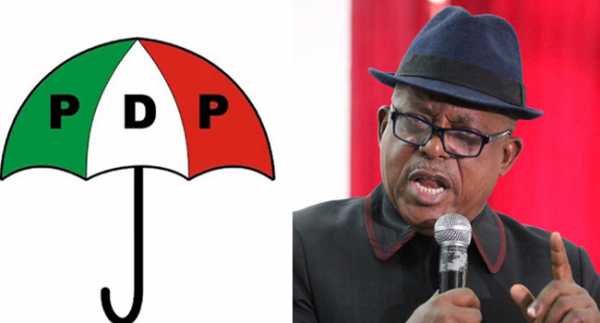 A High Court in Rivers State has granted an interim order restraining Mr Uche Secondus from parading or acting as the National Chairman of the Peoples Democratic Party (PDP).

Justice Okogbule Gbasam of the Degema Division of the Rivers State High Court sitting in Port Harcourt gave the order on Monday.

Secondus and the main opposition party were listed as the first and second respondents to the suit.

According to documents signed by the Assistant Chief Registrar (Litigation) of the court, Patricia Victor-Nwoka, Justice Gbasam also ordered Secondus to stop parading himself as a member of the PDP.

He made the order after reading the affidavit in support of the motion ex parte and the written address, as well as heard the submissions of the counsel for the applicants.