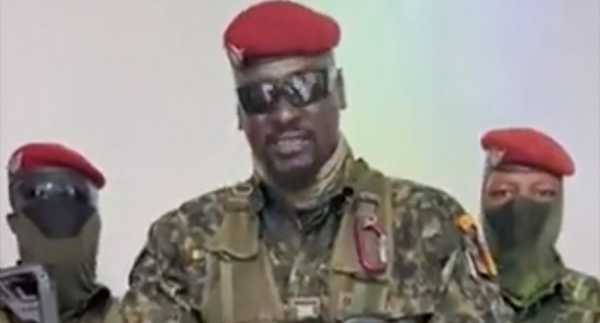 The leaders of a military coup in Guinea blocked government members from leaving the country on Monday.

The members of the cabinet, convened a day after the removal of president Alpha Conde, were told to hand over their passports and official vehicles, coup leader Mamady Doumbouya said in the capital Conakry.

Doumbouya, who is the commander of an elite military unit created by Conde, also lifted an air traffic suspension imposed on Sunday as well as a curfew in mining areas.

Guinea is one of the world’s largest suppliers of bauxite, an ore used to make aluminium. The country supplies all major markets, with China one of its biggest customers.

Following the meeting, Doumbouya drove in a military convoy to the Sirute central prison in Conakry and arranged the release of four opposition politicians, according to a local dpa reporter.

“The others will be freed later,” the coup leader said, referring to thousands of opposition members who had been arrested under Conde.

Across the capital, hundreds of opposition supporters celebrated Conde’s downfall. People danced on the roadside, raised their fists in a show of victory and honked horns to express their joy and hope of a new start.

The whereabouts of the deposed president remained unclear on Monday. According to military sources, Conde is said to be under house arrest in a hotel in Conakry. The United Nations, the European Union, the United States and Russia have condemned the coup.

Conde had been in office since 2010, when Guinea had its first free democratic election since independence in 1958.

He secured a third term in 2020 after a controversial constitutional amendment. The vote was preceded by months of political tension and violent protest.

Critics saw Conde as an increasingly authoritarian ruler whose tenure was marked by human rights abuses.