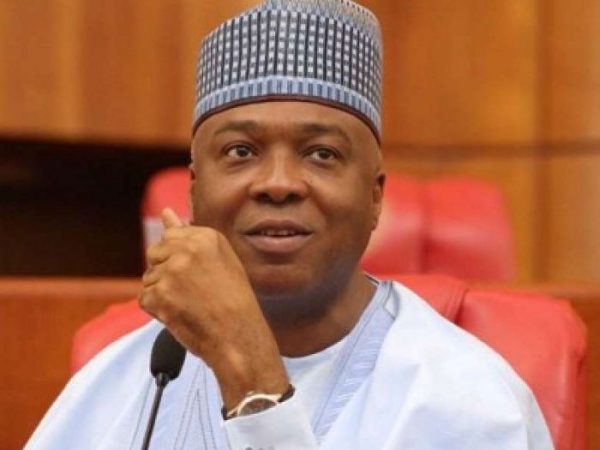 The group made the decision after a meeting with General Ibrahim Babangida on Friday in Minna.

“For the purpose of this exercise, it is hereby resolved that Governor Bala Mohammed from the North East and former Senate President Bukola Saraki from the North Central be presented as the northern consensus candidates for the moment,” he said.

“The successful aspirants are hereby urged to work together to make allowance for further consultations to foster understanding among themselves and the PDP community to ensure a rancour free primaries in which all eligible candidates would be free to exercise their right.”

He said that General Babangida opted for inclusion through wider consultation and assigned him to design a criteria and carry out the necessary consultations with elders and leaders across the three geopolitical zones in the north.

Ango said that the process is conducted in three stages which include candidates assessment, zonal assessment and PDP previous experiences.

“In the first phase, the opinions of six distinguished persons each from the three geopolitical zones were sought with regards to each of the four aspirants.

“Each of the Zonal delegates was allocated two votes to choose the first and second choice making a total of 36 votes overall.

“One of the elders deferred his votes on grounds of continuing consultations with traditional rulers and other major stakeholders. Two members did not cast their second ballots bringing the total to 32 votes cast out of 36,” he said.

He said it was then resolved that a leading aspirant from North Central and one from North East are to be presented as northern presidential candidates.

“The two would in turn be required to make further concessions so that in the end one of them would be presented as the consensus candidate, out of the four that presented themselves from the north”.

Also speaking to Journalists, the Governor of Bauchi state, Bala Mohammed said that he and Saraki would meet to come up with one consensus Presidential candidate adding that they will do their best to build unity for the north and Nigeria.

“We have reached an agreement to seek consensus so that we can close rank and build unity for the north and Nigeria. We are happy that after due process and due consultation, involving the PDP Northern Elders Forum, I and Saraki have been chosen as Northern consensus candidates. We will go ahead and consult more among ourselves and bring out one candidate.”

He stated that those who have not made it are free to aspire if they wish while appreciating Babangida, the northern elders and other members of PDP for the confidence they have in them.

“The criteria used are transparent and acceptable to all of us. We are not proud or arrogant about this outcome, we are taking it with humility and we will make sure we reach out to others to make sure PDP comes up with a consensus candidate free of rancour and division so that we can give Nigerians the leadership they dearly need at this time.”

He clarified that the consensus is the representation of the north adding that discussions are ongoing with other aspirants from the south.