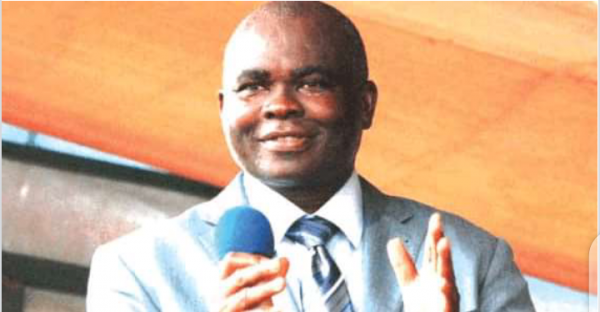 The General Overseer (GO), The Lord’s Chosen Revival Ministry, Pastor Lazarus Muoka, on Sunday said proceeds from fraud and other   corrupt practices should not be used as offering to God in the church.

Muoka said this at the church’s two-day Easter Retreat, with the theme” Covenant and Blessings” in Lagos.

According to him, such offering defiles the church and that God does not recognise it.

Mouka decried corruption in high places, especially in government circles, saying that   the problem had affected the country’s development.

He said it was  wrong  for people to rob the country and bring  the same money to the house of God as gift for blessing.

“By the time churches and other worship centres begin to preach against such act and decline such, it will send warning signal to perpetrators of such evil.

“As a people, once we begin to condemn evil no matter how little, things will begin to change for the better.

“The society is drifting and its reform should begin from the church as custodian of moral standards,” he said.

Mouka charged Christian faithful to live in love of one another and purity of heart, enjoining them not to be associated with ill-gotten money.

He said that people should identify those in the society, whose sources of wealth were questionable and distance themselves from them in order not to be corrupted.