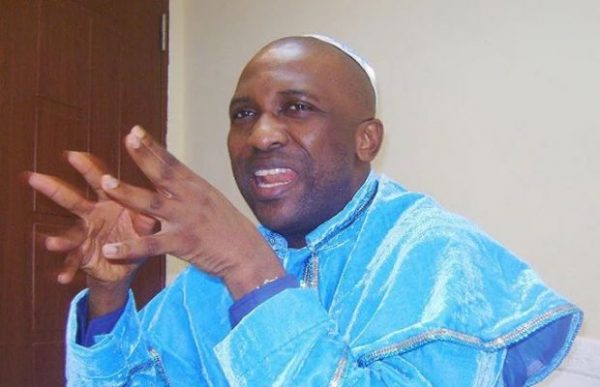 President, Vladimir Putin of Russia is planning a third world war, the Leader Of INRI Evangelical Spiritual Church, Primate Elijah Ayodele has revealed on Tuesday.
He also stated that Putin is seriously planning on attacking the United States, US, noting that he foresees a fight between Russia and America.
In a statement by his Media Aide, Oluwatosin Osho, Primate Ayodele explained that Putin isn’t moved by the sanctions against Russia, adding that he was planning on joining forces with two countries for a third world war.
The clergyman noted that dialogue will only be a waste of time.
“President Putin has so many evil plans, he wants to attack America, I still see a fight between America and Russia. Putin has concluded his mind of these evil plans and every dialogue will just be a waste,” he said.
The man of God advised President Zelensky of Ukraine to seek God’s intervention in the fight against Putin.
He revealed that God is ready to fight for him but he needs to involve him intentionally before divine help can come.
“President Zelensky needs God’s divine intervention to fight Putin, God is ready to fight for him but first, he needs to involve God intentionally, He will help him. Putin will not rest because he wants to perish Russia and some other European countries.
“Putin is not moved by the sanction, the European Union should wake up, Putin’s issue is above dialogue and hell-bent on assassination Ukraine’s president, he is seriously planning third world war with two other countries,” he said.
AdvertisementClick Here To Join The 10,000 Naira Giveaway For 100 People!