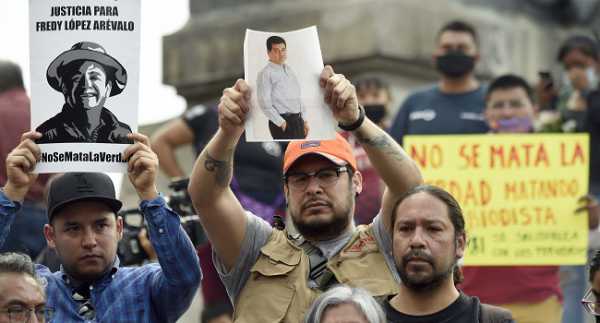 Two journalists were murdered Monday in Mexico’s violent eastern state of Veracruz, according to authorities, who said they were investigating whether the crime was related to the women’s work.

Yessenia Mollinedo, director of the news portal El Veraz, and Sheila Garcia, a reporter for the site, were shot in the municipality of Cosoleacaque, the state prosecutor’s office said.

“All lines of investigation will be exhausted, including their journalistic activity,” Veracruz Attorney General Veronica Hernandez said in a statement.

Media rights groups Reporters Without Borders (RSF) and Article 19 said they were gathering information about the double murder.

Mexico is on course for one of its deadliest years yet for the press, prompting calls from rights groups for authorities to end a culture of impunity.

Even before Monday’s murders, nine journalists had been killed in Mexico since the start of the year, according to RSF and Article 19.

In such cases authorities try to determine if the crime was linked to the victims’ work — a task that can be difficult in areas with a strong organized crime presence, like Veracruz.

The Veracruz Commission for the Care and Protection of Journalists urged authorities to make the journalism of Mollinedo and Garcia “the main line of investigation of the cowardly crime.”