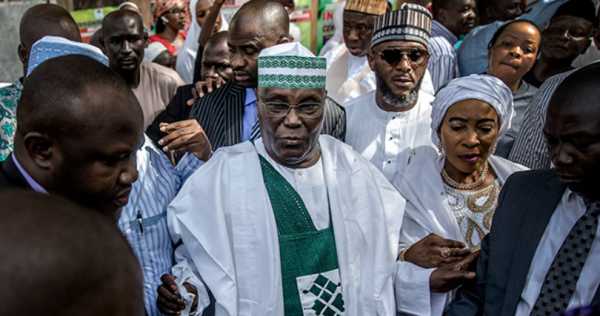 The Presidential candidate of the Peoples Democratic Party (PDP) for the 2023 General Elections, Atiku Abubakar on Wednesday arrived at the headquarters of the party to receive his Certificate of Return from the National Working Committee (NWC).

Also at the party’s office are the presidential aspirants who contested in the primary, they include Bukola Saraki, Sam Ohuabunwa, Nwachukwu Anakwenze and Mohammed Hayatu-Deen.

Atiku’s closet rival Nyesom Wike was however absent at the time of filing this report.

Atiku emerged as the winner of Saturday’s presidential primaries in Abuja.

It will be the 75-year-old’s sixth attempt for the nation’s top job.

He was also the PDP’s candidate in the last election in 2019, which he lost to President Muhammadu Buhari.