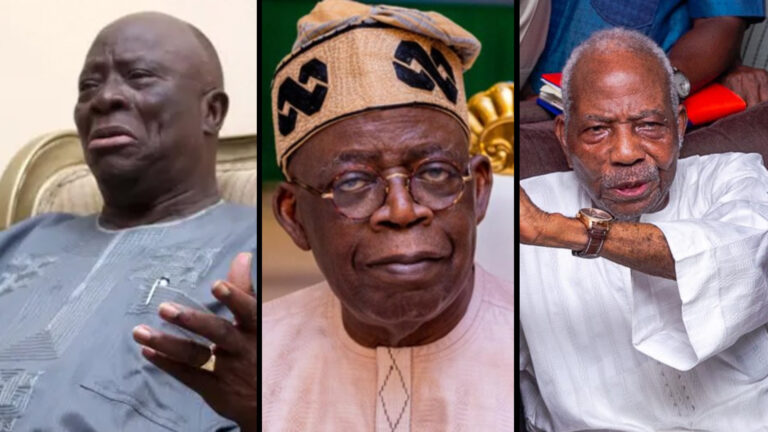 Amid the politics of endorsement within the pan Yoruba socio-political organisation, Afenifere; a chieftain of the group, Gboyega Adejumo, has said that Afenifere is in full support of Labour Party’s flag bearer, Peter Obi.

He described as a joke, the endorsement of Bola Tinubu of the All Progressives Congress (APC) by ex-Afenifere leader, Pa Reuben Fasoranti in Akure, the Ondo State capital, on October 30, 2022.

Adejumo insisted that Afenifere under the leadership of Pa Ayo Adebanjo remains fully ‘Obidient’, a sobriquet for loyal supporters of Obi.

“Afenifere is fully Obidient. Nothing has changed. What happened in Akure ought not to happen but it is the season… We’ve seen quite a slew of fake endorsements,” Adejumo said on Channels Television’s Sunrise Daily programme on Monday.

“What happened in Akure was a farce, a joke,” he noted.

He further said contrary to claims in some quarters, 94-year-old Adebanjo remains the leader of Afenifere and not Fasoranti, stating that the latter handed over to former in March 2021.

However, a public affairs analyst, Biodun Sowunmi said Fasoranti remains the group’s leader and not Adebanjo.

Sowunmi, who also spoke on the programme on Monday, accused Adebanjo of not carrying Afenifere chieftains like 96-year-old Fasoranti along before he endorsed Obi, a former Anambra State governor.

The analyst said Afenifere’s candidate is Tinubu while Obi is Adebanjo’s candidate.

Afenifere has been embroiled in a row since Tinubu’s visit to Fasoranti’s Akure residence last week where he was anointed by the latter.

Adebanjo on Channels Television’s Politics Today programme on October 31, 2022 said the ongoing noisy argument “is a sort of conspiracy among those who want to see Afenifere divided”, adding that “All we want now is an election on issues”.

Adebanjo also said he won’t compromise his cherished principles of justice, equity, and inclusiveness, noting that to keep Nigeria one in 2023, every Nigeria should be “Obi-Datti compliant”. Obi is running for Aso Rock’s top job alongside Datti Baba-Ahmed.