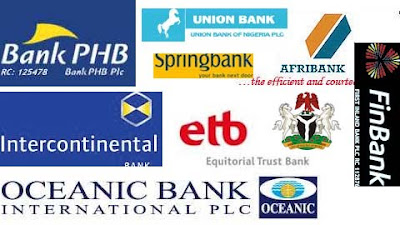 THE Federal Government has started an earnest search for investors to purchase the eight troubled banks whose chief executives were sacked by the Central Bank after an audit of the banks.

However, despite denials by the CBN that it is not planning to sell the banks, Minister of Finance, Dr. Mansur Mukhtar, disclosed that the Federal Government is already looking for investors to buy the banks.

Speaking at a joint press conference of African Finance Ministers at Istanbul Turkey, Mukhtar said: “We expect that shareholders will be given time to recapitalise banks and also we are looking for new capital injection from investors from both local and foreign banks, and we would expect that the creation of an asset management company to remove some of the toxic assets and boost liquidity.

“We would expect that, if in the event that banks cannot be saved, we want an orderly exit. That would protect the depositors and the shareholders. And we will also consider government ownership as an interim arrangement depending on the time we are able to get buyers. So these are all options under consideration.

In the meantime, efforts are being made to strengthen regulation and supervision, to focus on risk management as well as to foster greater coordination among all the regulatory authorities. Now in this overall context, we have huge financing gaps to meet our infrastructure needs; and therefore, our resource needs continue to mount and we expect to receive support.

“I can tell you that the central bank governor has the strongest possible backing from Mr. President and the core economic team. We’ve had a series of meetings on his. We are coordinating our efforts. We have a strategic perspective on this issue. We’ve given endorsement to the initial measures that have been taken to restore confidence in the system and the Ministry of Finance and the central bank are working very closely together to ensure that going forward, we’re able to ensure a smooth transition once these issues now in terms of addressing fiscal costs.

“We have a core team of the Chief Economic Adviser, the Governor of the Central Bank, the Minister of Finance, and the Minister of National Planning who are looking at this on an ongoing basis and we have full consensus in terms of the sets of measures and we have been given assurances that the implementation of these measures will be supported fully and promptly,”

Meanwhile, the Nigerian Stock Exchange (NSE), yesterday, placed the shares of BankPHB Plc and Spring Bank Plc on technical suspension for one week, following the sack of their Managing Directors and Executive Directors by the Central Bank.

This was after the completion of the audit on the remaining 14 banks by the CBN.
The suspension, announced by the Assistant Director-General of the NSE, Mr. Musa Elakama, in Lagos, is as a result of the need to forestall a run on the shares of the banks by panicky investors.

Also, the apex bank yesterday dismissed allegation of bias in its audit report on Unity Bank saying that the same criteria were used to examine the 24 banks.

The apex bank also said the negative impact of its reforms on the economy were minimal and temporary.

In a statement issued yesterday by the Head of Corporate Affairs, CBN, Alhaji Mohammed Abdullahi the apex bank said, “The intervention didn’t give any advantage to the other banks because the criteria were the same and the data required were not the type that could be quickly massaged or cooked up.

CBN acted in a pro-active manner to strengthen the five banks, and those five banks are stronger and safer today.

If CBN had waited till the completion of the entire examination, some of those banks might have gone under. This would have had dire implications for their creditors and depositors, and the larger economy.

Unity Bank has problem with only capital adequacy and this has been an issue with the bank since consolidation. Unity Bank Plc is a combination of nine legacy institutions and this has naturally impacted on the bank’s performance.

“The other eight banks had problems with liquidity, with capital adequacy and with corporate governance. Comparing them will be like comparing apples with oranges. CBN only made exception for Wema Bank by not replacing its management because it is a new management.

So, CBN made liquidity support available to Wema Bank Plc and asked its management to recapitalize in nine months.

“The banks were clearly in different situations. CBN had to intervene to save and strengthen banks that were in danger of collapse so as to protect depositors and creditors and prevent a systemic crisis.

The first five banks had shown persistent signs of distress, and the examination report confirmed that, as they were found wanting on all the three criteria mentioned above.

The three newly affected ones fell into the same category, as they were also found wanting on the three criteria. So, the issue is not just capital, and asking them to just recapitalize will be really superficial as it will not take care of liquidity and governance issues.

“Objective criteria were used to examine all the banks. There was nothing sectional or regional about those criteria. For emphasis, these criteria are: liquidity, capital adequacy and corporate governance.

The only agenda that the CBN has is to carry out its regulatory responsibilities in a way that will guarantee a safe, sound and stable banking system in Nigeria.

Yes, there have been some effects. But they are minimal and temporary, never mind that some people with vested interests are desperate to blow them out of proportion and force a doomsday picture on the country. Most of the real negative consequences were anticipated and quickly contained. The on-going reform has cleared the thick air of suspicion hovering over Nigerian banks. Depositors, creditors and investors now have more confidence i

n Nigerian banks and the Nigerian economy. Nigeria is the better for it,” the statement said.
Source: Vanguardngr.com
JOIN THE FASTEST GROWING NIGERIAN FORUM