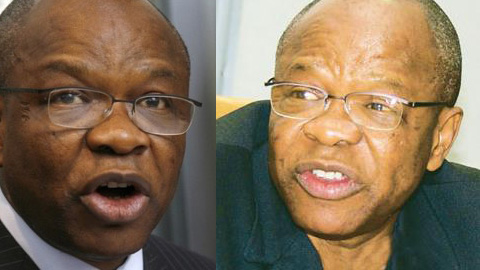 Nigeria’s acting President, Dr. Goodluck Ebele Jonathan, yesterday, ordered the immediate sack of the Chairman of the Independent Electoral Commission, INEC, Professor Maurice Iwu.
A statement was released by the office of the Acting president to that effect:

The Acting President’s directive is in consonance with Section 155(1) (c), which stipulates that the Chairman and members of the Independent Electoral Commission shall hold office for a period of five years.

Professor Iwu’s tenure expires on 13th June, 2010. He has also been directed to hand over to the most senior National Commissioner, who shall oversee the activities of the commission pending the appointment of a substantive chairman.

The Acting President thanked the out going Chairman of INEC for his service to the nation and wished him success in his future endeavours.

SSA Media and Communications to the Acting President