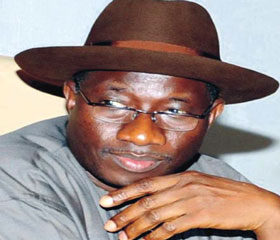 PRESIDENT Goodluck Jonathan is set to change the face of the Niger Delta with the construction of floating cities in the oil-rich region.

According to sources at the Presidency, the cities are being designed to uplift the area and its people.

Said the source: “The President is determined to provide basic amenities of life, jobs, education, security, state of the art transportation, and recreation centres, as well as potable water.

“This plan would consolidate on the late President Umaru Yar’Adua’s on-going rehabilitation of the people of Niger Delta. It will bring lasting peace and eradicate the restiveness observed before the amnesty granted to former militants in the region.

“These floating cities will definitely attract tourism to the Niger Delta region, since they would be of the same standard as those built in the UAE, which is one of the wonders of the world. They will be equipped with modern power generation unit, to be powered with wind and solar systems.”

While speaking on some obstacles, which the project may face, the source said: “There will be some problems in the implementation, because of the activities of politicians, who are using their positions to enslave the people. But where there is a will, there’s always a way.”