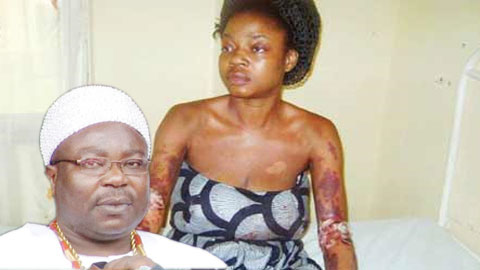 In Ondo state the Deji of Akureland Oba Oluwadare Adepoju became the first traditional ruler of the ancient town to be deposed and banished by the state government after barely five years on the throne.

Consequently, government has directed the kingmakers to present names of three reagents out of which it would pick one to administer the affairs of the town pending the commencement of the selection of a new traditional ruler.

Few minutes before the end of the state Executive Council meeting, the traditional ruler was arrested by the police and whisked away to the CID division of the state police command by top police chiefs.
Source: Vanguard Nigeria – www.vanguardngr.com