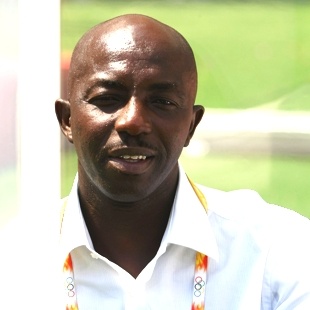 The news of the appointment of a substantive coach was broken by the Nigerian FA just few minutes before 6pm Nigerian time.

According to a communiqué released by the country’s football governing body at the end of the interview process on Thursday, the executive arm accepted the recommendations of the technical committee chaired by Chris Green.

“After careful deliberation, the Nigeria Football Federation has accepted the recommendation of the technical committee that Samson Siasia be appointed as head coach of the Super Eagles subject to a contract to be executed in a couple of days,” the communiqué stated.

Green in a brief interview with SuperSport.com said the appointment of Siasia had nothing to do with the clamour of the Nigerian football populace but that the Heartland gaffer emerged as favourites after Thursday’s interview in Abuja ahead of former Togo coach, Stephen Keshi.

“He impressed the whole of the committee with his style and plans for Nigerian football. It is not to say that the other candidate did not do well but considering the purview of what we wanted he showed that he is qualified for the job.

“So it is not about the pressure that was exerted on the committee or the board from the outside. Yes, Nigerians called for him to be named coach but I will say he showed he wanted the job during the interview,” Green said.

The appointment of Siasia brings to an end a long wait by the coach in becoming the manager of Nigeria’s men national team.

It is, however, unclear if Siasia will continue in his present position as gaffer of Nigeria Premier League (NPL) side, Heartland.
Source: Super Sport – www.supersport.com