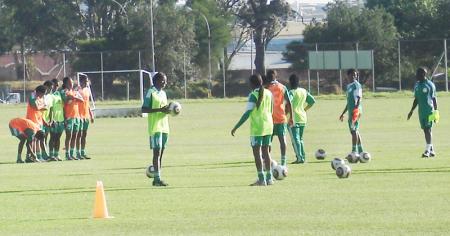 Only four more players are still being expected at the camp of Super Falcons ahead of next month’s 2012 Olympics qualifying round against Namibia.