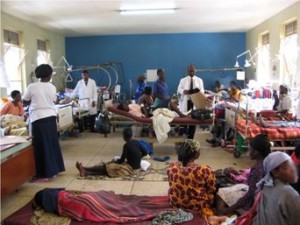 Relations of patients on admission at the various government hospitals across the 18 Local Governments of Ondo State have been withdrawing their loved ones from the various hospitals as the strike by the medical doctors in the state, bites harder.Only nurses were seen rendering skeletal services at the hospitals visited by our correspondent on Saturday and Sunday.

The development came just as members of the state chapter of the National Association of Government General Medical and Dental Practitioners, resolved to continue with their strike, which entered the third week today (Monday).

The association said its position was taken at its emergency general meeting held at the Nigeria Medical Association office in Akure on Saturday.

The union, in a statement on Sunday by its secretary, Dr Gbelela Dolani, said it reviewed the on-going indefinite withdrawal from service by the doctors and maintained that the strike would persist.

NAGGMDP said the state government had requested for 10-day ultimatum which lapsed over the weekend without any solid agreement.

The group therefore demanded the full and immediate implementation of the Consolidated Medical Salary Structure for doctors in the state before the strike could be suspended.

Meanwhile, doctors and dentists under the umbrella of the NAGGMPD in Ekiti State, have begun an indefinite strike over what they described as outrageous tax imposed on their members.

The NAGGMPD said this in a communiqué made available to journalists in Ado Ekiti on Sunday at the end of a meeting of the association.

The Chairman of the association, Dr. Gbenga Olowolafe, and the secretary, Dr. J.B. Ogunseye, who signed the communiqué , also demanded the full implementation of Consolidated Medical Salary Scheme for members of the association. 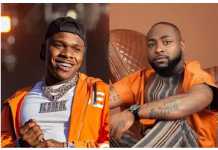