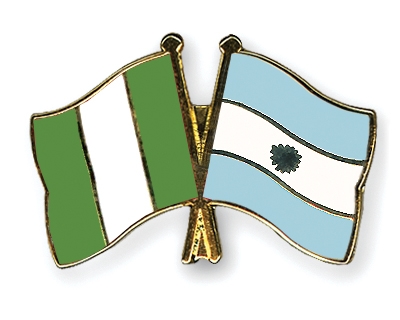 “Our $4 million contract with both sides says the Argentina team must include Messi,” he said, referring to the Barcelona attacker and world player of the year. “The sight of Messi playing on our soil will be the best thing to have happened to Bangladesh football in many years. It will prompt a lot of boys to play football,” he predicted.

Nigeria Football Federation (NFF) chief media officer confirmed the hint yesterday, saying that plans to tackle Argentina again on neutral ground is definitely in the pipeline. He said having destroyed the long time jinx recently in Abuja, Nigeria would be ready to play Argentina any day.
Meanwhile, an English newspaper, The Guardian said Wednesday that the world soccer body, FIFA, was probing heavy betting on a late goal being scored in last week’s game in Abuja where Nigeria took on an under-strength Argentina. Nigeria won the match in the Nigerian capital 4-1, but Argentina scored from a dubious penalty in the eighth minute of injury time.

The match in Dhaka “is a FIFA-approved international friendly. It’s not like the Abuja match in which Nigeria took on an Argentina B side,” Salauddin said, referring to a match last week. “It will be a competitive game with no chance of any betting or fixing,” he said, adding that suggestions that the match might be fixed were “rubbish”.

The Bangladesh game has been organised by India-based firm, Celebrity Management Group, who have also set up a match between Argentina and Venezuela in Kolkata on 2 September.

After merely managing to steal a draw against Ethiopia can Nigeria possibly repeat her astonishing feat against an incensed and vengeful Argentina if a rematch is successfully arranged? Was the 4 – 1 victory against Argentina just a fluke?