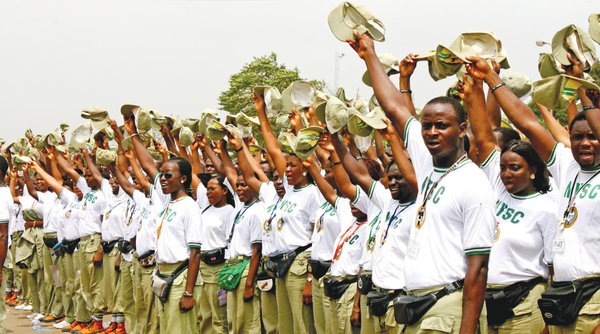 Kidnappers of five members of the National Youth Service Corps (NYSC) serving in Rivers State are demanding a ransom of N100 million from family members, the News Agency of Nigeria (NAN) reports.

The corps members, a female and four males, were kidnapped on Wednesday at Odomanya Community in Ikwerre Local Government Area of the state, while they were on their way to inspect a school library project they constructed as their Community Development Service (CDS) of the NYSC.

Ben Esan, the public relations officer of the NYSC, told NAN on Thursday in Port Harcourt that the abductors have already contacted parents of the victims and are demanding a ransom of N100 million.

It will be recalled that a similar incident occurred in Omuma Local Government Area of the state during the INEC voters’ registration that took place in January.

He said that the names of the abducted corps member’s are yet to be made public, but that they are members of 2011 batch ‘A’ and ‘B’.

The search is on

Mr Esan, who described the act as evil, said that the NYSC investigation team has been sent to the area to ascertain the circumstance surrounding the incident.

He, however, called on the state government, security agencies and members of the community to quickly intervene in order to free the victims and arrest the perpetrators.

Meanwhile, a combined team of security agencies made up of the police and the army on Thursday started searching for the abducted corps members.

The Rivers Commissioner of Police, Suleiman Abba, told NAN in Port Harcourt that the police, the State Security Service (SSS) and the army have started searching for the missing corps members.

“We (the security team) worked all through last night and we will continue the search until we rescue them.

All hands are on deck and all efforts are on to rescue the corps members and arrest the culprits,” he said.

Mr Abba urged the people to give the police useful information that would lead to the rescue of the corps members and arrest of the criminals.

“All our personnel are out on the field searching for the corps members and nothing must happen to them,” he said.