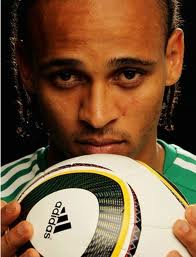 Arsenal could match the valuation of West Bromwich Albion for Nigeria striker Osaze Odemwingie, but not the player’s salary.

However, the Nigeria international striker is far from impressed with this situation as he aims to cash in big time on a superlative season that has seen him score the most goals ever in a West Brom shirt in the top flight.

A source who spent holidays with Osaze recently has told MTNFootball that the 29-year-old striker believes that he has done enough to get a good deal at any top club, be it Arsenal or any other club keen to sign him.

“I know there has been some kind of approach for Osaze from Arsenal. It would most certainly be a dream come true at least for Osaze’s father, who is a die-hard Arsenal fan, should he move there,” the top source informed MTNFootball.com.

“But the player is not happy that while the London Gunners are willing to meet West Brom’s transfer fee, there will not be much change in the player’s personal terms, rather they are proposing what he considers peanuts for him.

“He won’t fall for the glamour associated with playing at the Emirates for a top club like Arsenal because he wants the right cash to go with it.”

Osaze, who spent part of his holidays in South Africa with his sister who is nursing her ailing son, is presently on holidays in the United States of America.

He has also been contacted by Arsenal’s bitter city rivals Tottenham Hotspur as well as top Italian club Juventus.

“Everything is still very much in the air as regards Osaze’s future and it will be only be much clearer later during this transfer season,” another source told MTNFootball.com.

“But it will be something of a miracle if West Brom hold on to him because the player is very ambitious and wants to win things.

“And at 29, he knows that he has to make the most of a great campaign that saw him bang in 15 goals in only his first season in the English Premier League.”

Though no figures were divulged, it is believed that Osaze took a massive pay cut so as to make his way to the EPL from big-spending Locomotiv Moscow in Russia and now that he has made a success of his first season in England, he believes he needs to be adequately compensated.