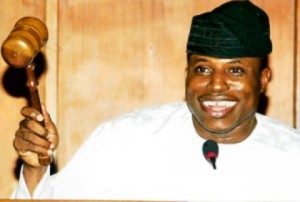 Even as the 6th assembly winds down today, Thursday 3rd June, members of the house of Representatives have decided that those among them who wish to keep their official cars and equipment such as printers, scanners, computers etc. may do so for a cut-price.

Among the office equipment are computers, scanners and printers, which were bought between 2008 and 2009. Each of the items is to be sold to the lawmakers at 15 per cent of the original price.It was gathered that at the session, the leadership reportedly briefed the members that the ‘giveaway prices’ of the cars and the office equipment were in line with “civil service standard”. Findings indicated that the House was in possession of a circular from the Ministry of Works, which spelled out the modalities for disposing government property in such circumstances. – Punch.

Why would these Reps who get paid about about N127.18m annually and are already entitled to N5.93m as “severance allowance” still get to take home their official entitlements for a song? Besides there are several police stations and military units that have an insufficient number of vehicles, couldn’t the government have given the cars and other equipments to such federal institutions that wouldn’t have cared that the equipment weren’t new?