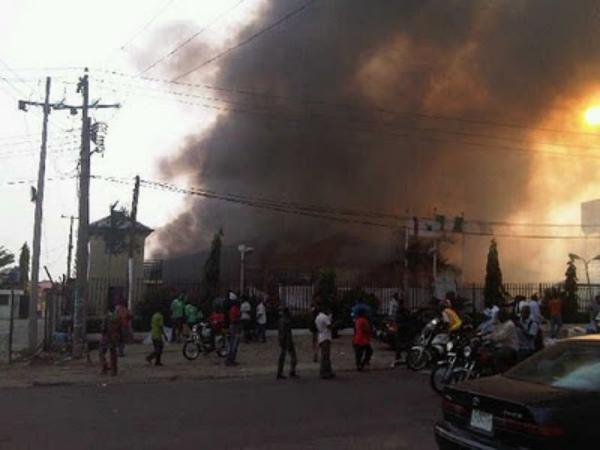 A fire incident was reported at Planet One in the early hours of the morning. The popular hotel which is situated at Maryland area of ikeja, Lagos is often a venue for big parties, shows and events; one of such was B.O.U.Q.U.I’s monthly gig which had just been hosted there some hours before the fire outbreak.

The fire which was said to have started at about 4:00am was supposedly put out around 7:ooam after the arrival of firefighters. The roof was was badly damaged beyond repair. When contacted Bouqui said she did not know anything about the fire incident and the manager of the hostel’s event center said she was just being alerted and didn’t know what had happened.