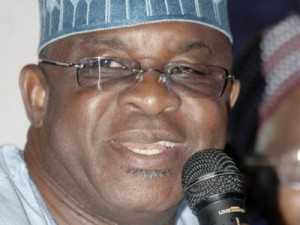 Stemming from a motion brought by Senator Adamu Gumba, Chairman of the Senate Committee on Sports, the Nigerian Senate concluded on Tuesdaythat the Nigeria Football Federation portrayed a circus of corruption, given the manner it had administered football in the last few years.

Football’s dwindling fortunes in the country came under examination on the floor of the Senate, with senators expressing the need to immediately reverse the situation.

As a step towards that direction, the Senate has mandated its committee on Sports to commence a public hearing on the dwindling fortunes of the nation’s soccer and its administration with a view to finding solutions to the problems.

“NFF is just the center of corruption in Nigeria. There is no running away from the fact. We have really failed woefully in football. The corruption there is not just in the financial section. It is even in the selection of players.

“Nigeria is at the bottom of sporting activities worldwide. Football is the strongest uniting factor in the country.” The Senate president, David mark said.

David mark added that merit should be the basis for the selection players, instead of the politics of federal character.

Speaking earlier, Sen. Heinken Lokpobiri, who headed the sports committee in the last Senate, said about N2.16bn could not be accounted for by the Sani Lulu led administration.

“The maladministration in Nigerian football today is too high. Those acting today in the NFF are not different from the previous ones who are facing court charges over corruption. We cannot have a meaningful leadership with the kind of people in the NFF today. This present people are even worse.” Sen. Heinken stated.

While moving the motion, Gumba expressed worries that Nigerian football had continued to slide despite huge resources invested in it by the Federal Government.