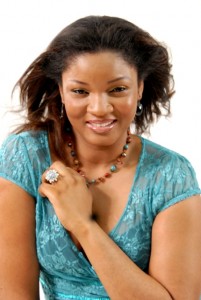 Popular Nigerian actress Omotola Jalade-Ekeinde has launched a production company Redhot Concept, which will be producing documentaries and movies.

The mother of four has excelled as an actress and experimented with music.

Her new production company will be producing documentaries as well as movies.

The documentaries will not necessarily be commercial as they will focus on personal lives, events, and informal activities such as weddings, birthdays and naming ceremonies.

Sources say that the actress is putting a team together, and work is on- going from her Lagos office.

RedHot concept will work on inside projects are well as on those commissioned by clients, a source revealed.

Jalade-Ekeinde, aka ‘Omosexy’ made her Nollywood debut in 1993 in the movie ‘Iva’ and has gone on to star in over 40 movies, her latest being the 2011 Drama ‘Ties that bind’ directed by American-Ghanaian filmmaker Leila Djansi.